[Video] There is a planned accident ahead of Patapaa – Prophet Nigel 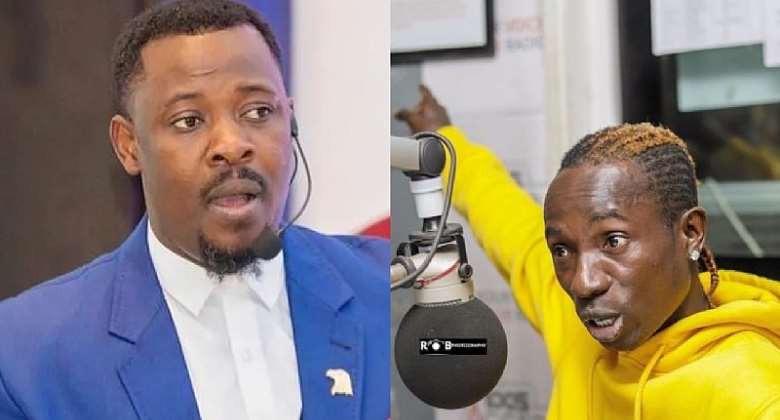 Leader and founder of the Prophetic Hill Chapel Prophet Nigel Gaisie has prophesied that there is a planned accident ahead of Hiplife musician Patapaa.

The prophet who was giving prophesies at his church about some personalities in the creative industry revealed that the planned accident will not work.

He also added that some people have taken the musician to Juju which will also not work.

Apart from Patapaa he also prophesied about Stonebwoy, Efya and Shatta Wale.

"I saw Patapaa, Efya, Stonebwoy and the other musician who doesn’t respect," he stated.

To him, there is death surrounding musicians who “does not respect”.

Many believe the man of God is referring to Shatta Wale as the disrespectful one.

Hottest Photo Reports
Catch up with all the political quotes from our politicians.
Advertise here
More Industry News
ModernGhana Links
Kumasi theatre will be completed by end of next year – Okraku-Mantey
Nigerian star Joeboy, Reveals The Secrets behind hit song Alcohol, rise of Afrobeats and culture
[Video] My BP shot up when Peace FM disrespectfully sacked me from their entertainment show — Fredyma
[Video] I attempted suicide some years back —Fredyma
WEBA 2021: Check out full list of winners
RTP Award is Ghana’s Grammy — Mahama
Sarkodie presents GMAUK Afrobeats/Afro Pop Song of the year award to Gyakie
Digitize The Creative Arts Industry To Help Generate Revenue To Support National Development - Reggae Artiste To Government
My wife broke my virginity after University in 2008 – Prince David Osei
TOP STORIES