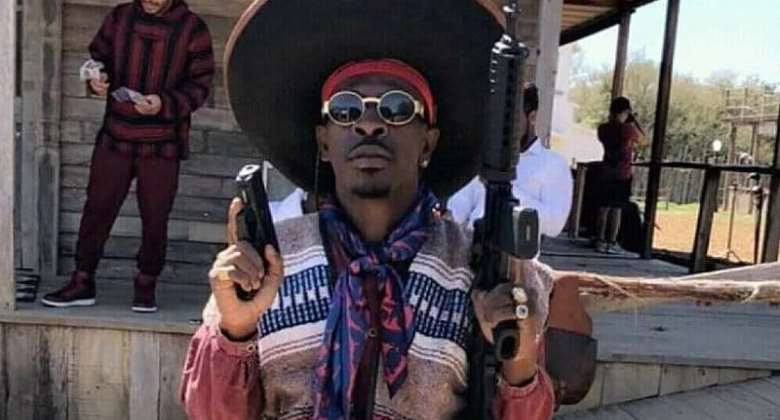 Born Charles Nii Armah Mensah, the award-winning musician whose whereabouts was unknown on Monday has bemoaned the fact that the Ghana Police Service disregard certain actions as crime since they are affiliated to spirituality.

According to the musician who is now apologetic, he took matters in his own hands to stage a shooting incidence yesterday after no action was taken by the police when the head pastor of New Life International Chapel popularly known as Jesus Ahuof3 prophesied that he will be shot dead on October 18.

“The statement made by this false prophet has gotten me in the mood of violence since no one in this country cares,” Shatta Wale has said in a statement released today.

Shatta Wale has apologized to his father and his fans but has still kept his whereabout confidential to the public.

He argues that since the police did not take any steps to ensure his safety after the prophecy, he will now fight for his life alone to survive.

He stressed how pastors use religion and God to deceive people, do evil for fame and went scot free.

Shatta Wale said, “Pastors always say things and later plan evil to it so me and you will believe they're powerful men of God.”

Read the full statement from Shatta Wale below: