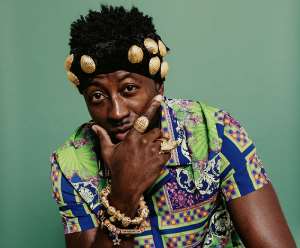 The USA based Ghanaian artiste OheneNtow made a post on his Facebook page saying he was the first artist from Ghana to jump on the most trending Amapiano waves.

OheneNtow dropped his much talked about song 'Boss' somewhere in 2019 when Amapiano was not that known in Ghana. In regards to that, it makes him one of the first music acts to ever bring Amapiano to Ghana. His song "Boss" was the talk of the town and still is.

OheneNtow is currently promoting his new single "Money" which features young talented artists like Dhope twins and Bra Byte, also in the studio working on his new album titled 'King Already' which happens to be the "Born Prince Die King II" he first dropped Born Prince Die King his first album somewhere 2018 which over 11 songs with video.

OheneNtow is known for his unique style of music which is not mostly seen in the diaspora.

Check out "Boss" by OheneNtow and judge for yourself if indeed he first brought Amapiano to Ghana.