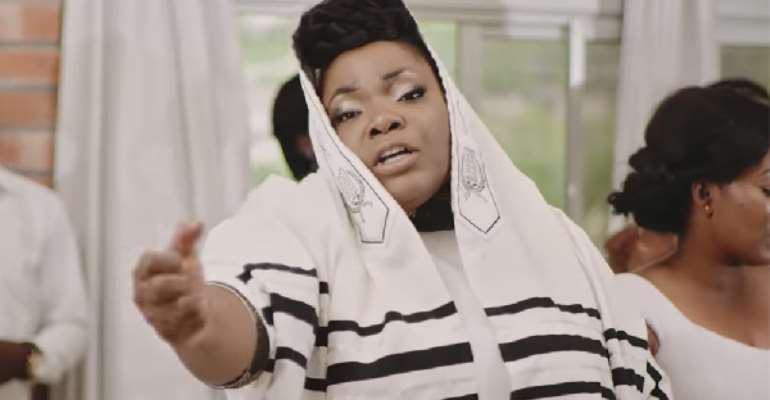 Multiple award-winning Ghanaian gospel musician, Celestine Donkor has stated emphatically that winning awards is not the motivation behind her current hit song ‘Only You.”

After ten years of “Waiting on the Lord from a miracle” at the Vodafone Ghana Music Awards, the celebrated Gospel musician won her first award.

Speaking in an exclusive interview with Ameyaw TV, Celestine Donkor while answering a question in line with whether she is expecting to win awards with her new hit song “Only You’, stated without mincing words that:

“I have no idea ..to be very honest with you I have never been driven by awards… if they come, praise God; It really really does good to the brand but if it becomes the motivation then I don’t feel okay about that “

The “Agbebolo” hitmaker explained extensively that, ”So it’s not about what this song (Only You) will bring to me but it’s about what it is doing to people….People send me videos crying; telling me how I have told their stories in the song”.

She was of the view that as a gospel musician if you focus on awards you may be carried away from the spirit hence the impact people derive from the song is her award.

Touching on some of the projects her fans should look up for, Celestine Donkor revealed that she has an EP that is "100% cooked up."

According to her, “The EP contains seven solid songs that feature five African artists …I also have some videos… We are waiting for the right time…It depends on how far we carry on with ‘only you.'"

Watch videos of the interview and 'Only You' song below: