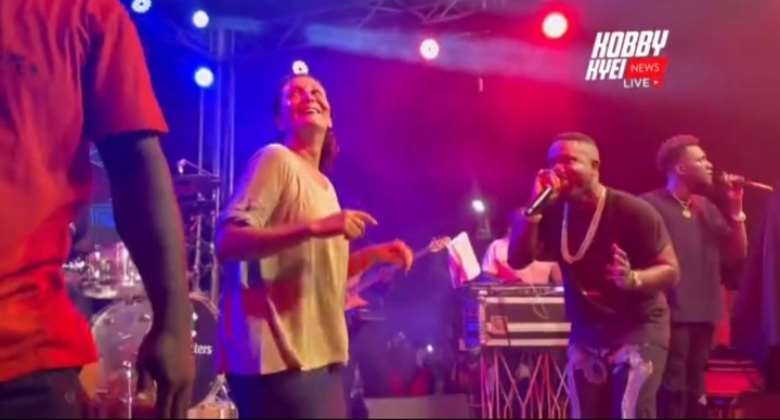 One of the events which headlined the just passed weekend was the No Pressure Party which was organised by record label Sarkcess Music.

The event was to celebrate the label's headline artist and CEO Michael Owusu Addo popularly known as Sarkodie's just released album, 'No Pressure'.

On the night, Sarkodie served the audience with energetic and breathtaking performances of most of his hit songs and the rave was on high voltage as there was so much to dance to.

Present at the event was the French ambassador to Ghana, Anne Sophie Avé.

During his performance, the rapper pulled a surprise on the Ambassador when he had his guards brought her on stage while he performed his 2020 joint hit, 'Happy Day'.

The moment was capped when the Ambassador rendered her dance moves with excellent steps as she moved with the groove of the high tempo song.

'We will stand united to oppose e-levy' – Haruna Iddrisu but...
41 minutes ago