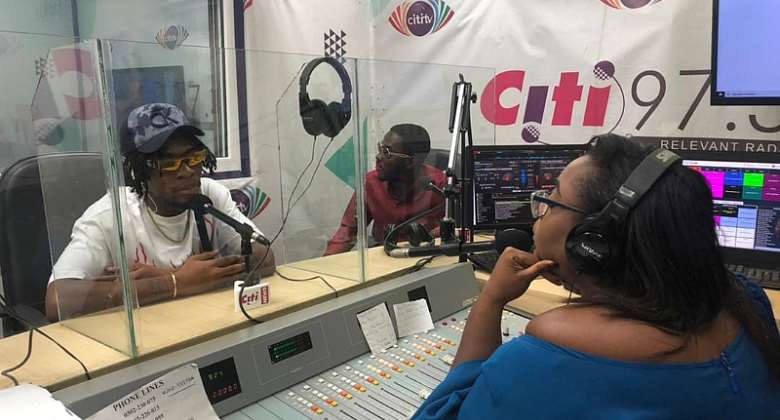 Nigerian afropop artist, Joeboy, has said there is lack of excitement in Nigeria’s social media space following the ban of the popular microblogging platform, Twitter by government of Nigeria.

Joeboy, speaking to A. J. Sarpong on Brunch in the Citi, explained that the once-vibrant Twitter-Naija has never been the same after the federal government’s restrictions were enforced.

He said some bloggers, in a bid to dodge the restrictions, resorted to the use of virtual private networks (VPN), but that has not been as effective as the times before the ban.

On June 5, 2021, Twitter Naija was hit with a heavy blow as the micro-blogging site was banned indefinitely by the Nigerian government after a tweet by the country’s president, Muhammadu Buhari was deleted and his account suspended for posting a message the site considered threatening and a violation to its community standards.

Hottest Photo Reports
Catch up with all the political quotes from our politicians.
Advertise here
More Industry News
ModernGhana Links
Wildaland: Davido, Stonebwoy, R2Bees and over 20 top acts set to headline Africa’s “Glastonbury”
Yvonne Nelson wins GH¢500,000 defamation case against Mona Gucci
Ghana is seriously sick, the system are annoying and our leaders are stealing us – Kumchacha
Kweku Darlington claims he's rich enough to buy anything he wants now after Tim Westwood
P-Square must thrash out their past or risk splitting again – says Niibi Klala
20year-old video vixen, Whitney reveals how she got her $20,000
Kumasi theatre will be completed by end of next year – Okraku-Mantey
Nigerian star Joeboy, Reveals The Secrets behind hit song Alcohol, rise of Afrobeats and culture
[Video] My BP shot up when Peace FM disrespectfully sacked me from their entertainment show — Fredyma
TOP STORIES