iPhone 13 is not an achievement, stop posing with it - Efia Odo slams celebrities flaunting latest phone 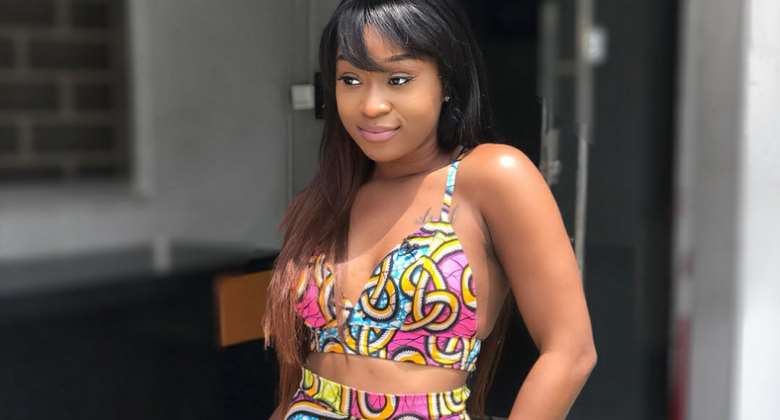 Socialite Andrea Adu popularly known as Efia Odo is urging celebrities flaunting the latest iPhone 13 to refrain from the act as she believes it is no achievement.

She said it was embarrassing seeing some celebrities engaging in that shameful act as though that was their biggest achievement.

The phone which was released earlier this month was met by several criticisms as netizens had complained about its price which some had jokingly stated that it was going to be difficult in acquiring unless through dubious means.

However, some Ghanaian celebrities have broken the odds as they have taken to their various social media platforms to flaunt their newly acquired iPhone 13 whether genuinely acquired or borrowed for the hype or trend.

Reacting to this, Efia Odo took to her Twitter handle to bash these celebrities.

"Why is acquiring the latest iPhone such an accomplishment to many Ghanaians? This baffles me and I need answers cuz it’s quite embarrassing, especially seeing ‘celebrities’ posing with their new iPhone," she said.

As it stands, some celebrities like actress Tracey Boakye, broadcaster Nana Aba Anamoah and fetish priestess turned evangelist Nana Agradaa have all taken to their social media platforms to flaunt their newly acquired iPhone 13.