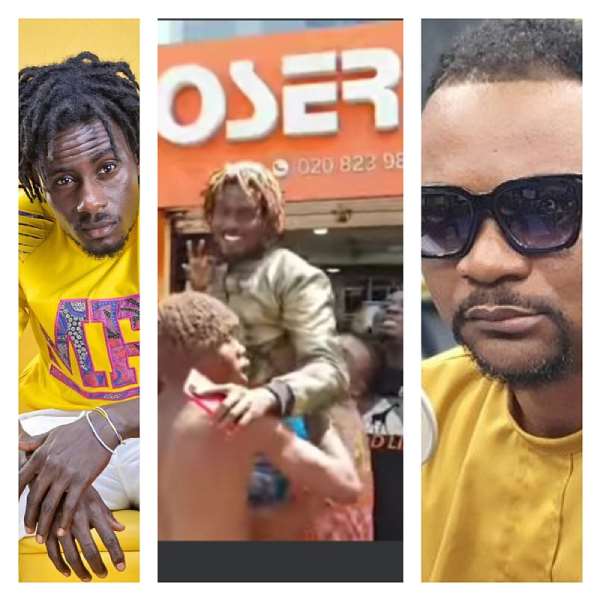 Fans of Prampram based Dancehall artist Masaany today stormed the premises of Accra based radio station Hitz FM after the two had an encounter on live video.

This comes after what was supposed to be constructive criticism from pundit Mr Logic turned out bad to the dancehall artist.

He touched on the lyrical formation of the song.

Unfortunately, the review did not sit well with Masaany who felt the pundit's remarks were not in the right direction and this led to a few minutes of arguments.

Mr Logic continuously assured the young artist that his criticism was in the right direction and was supposed to help shape his career.

Minutes after the interview on radio, fans of Masaany stormed the premises of Hitz FM at Kokomlemle to deliver their message to Mr. Logic.