"I'm losing my sight, the only money I've is Ghc5" — Veteran actress Maame Gyanwaa is calling for help 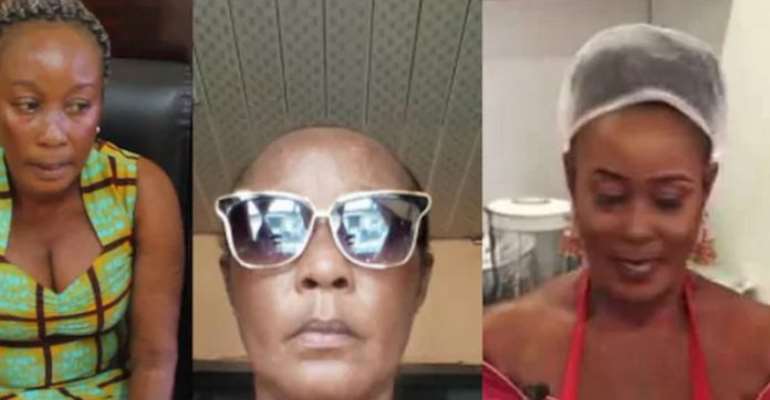 Veteran Ghanaian actress Mavis Yeboah, popularly known as Maame Gyanwaa is reaching out to the general public to come to her aid as she is gradually losing her sight.

In a recent interview with blogger Zionfelix, the actress who has been off the movie scenes for a while now stated that she has battled with the death of her son and her failing eyesight.

According to her, after 20 years of acting, she could only acquire land where she put up a four-bedroom but unfortunately, she had to sell out the land to help her son who was suffering from cancer.

Unfortunately, her efforts went in vain because she lost her son eventually.

Gyanwaa, known for her cunning and gossip role in the comical Ghanaian series Cow and Chicken which she featured Kasoa based Funny Face and fellow comedian Bismarck the Joke, is calling out to the general public to come to her aid as she is in a critical state.

When asked what her achievements in her career in the movie industry have been, Gyanwaa expressed that she only has '50,000' now GHc5.

She is also known for her role in Akan Drama with the Adasa Crew.

13 Nigerians who engaged Police in gun battle at Weija reman...
41 minutes ago