KiDi almost gets erection after vixen touches his nipples, Akrobeto mocks him 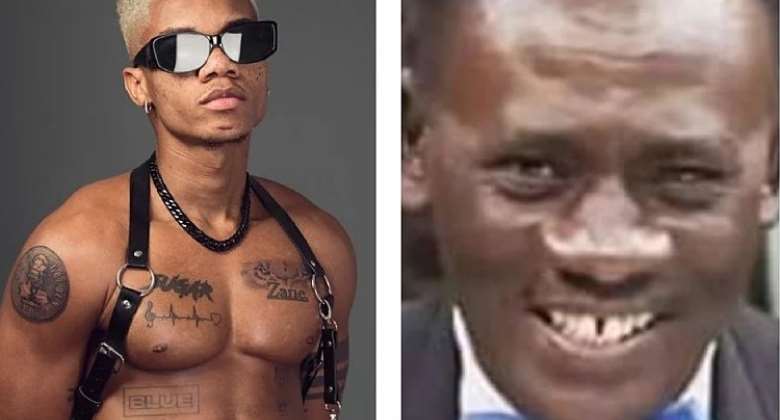 Lynx Entertainment signee KiDi was almost in trouble after a video vixen played with his nipples during a video shoot.

In the video shoot of his latest joint banger 'Shuperu,' the singer who was to perform a seductive stint with a video vixen was almost dragged off guard after a video vixen he was acting the scene with touched his nipples after the video director ordered her to do so.

Sensing trouble, KiDi is seen in the video resisting the touches of the vixen and he almost has an erection.

In reaction to the incident, Ghanaian actor Akrobeto in a mockery manner stated that he understood what the singer was going through at that point.

Reviewing the video on his show, 'The Real News,' the actor stated that he had found himself in that situation before during a movie shoot.

He stated that during the shoot which was meant to be in a pool with him and several other ladies, one of the ladies who had wanted to impress the movie director went the extra mile and ended up touching his nipples.

According to him, he had a terrible erection and stepping out of the pool was not easy.

Your ban on radio Ada unjustifiable, affront to press freedo...
24 minutes ago

Doctor who was wrongfully dismissed, reinstated by GHS after...
34 minutes ago