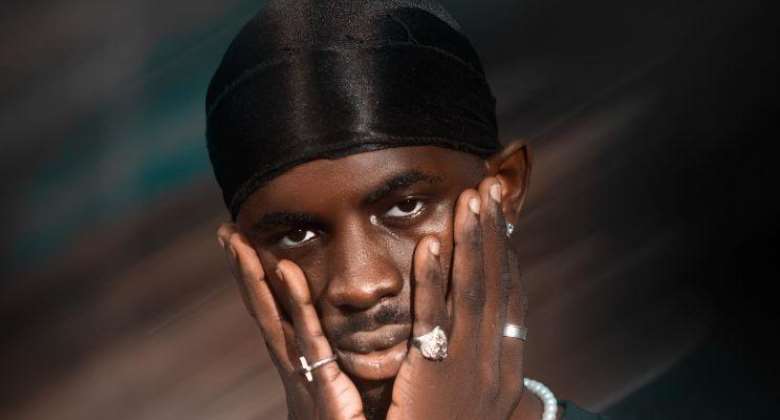 Rapper Black Sheriff says he is still 'clean' at age 19.

In an interview on the Delay Show, the rapper stated that a failed attempt to woo a lady back in Senior High School has deterred him from ever wanting to hook up with any lady yet.

"When I got back to Senior High School, I tried to get on with a lady but she bounced me and that affected so I just resolved that I am going to remain this way as much as possible," he stated.

When asked whether he had ladies moving to him due to his success in the music scenes, the rapper stated that he was yet to have such experience even though someone else controls his social media handles.

Speaking on his music and the kind of iconic aggression he employs when performing his songs, the 'Kwaku Fimpong' rapper expressed that his terrible experiences in his line of chasing his dreams motivate that.

"I have been through so much and that is what reflects on my songs, my second sermon for instance has 70% of the lyrics relating to me while the other 30 were based on stories I have heard about other individuals," he revealed.

The rapper has for weeks been on the high radar as his first and second sermons have all chalked massive success on charts nationwide.

Hottest Photo Reports
Catch up with all the political quotes from our politicians.
Advertise here
More Celebrity
ModernGhana Links
‘I’m considering vasectomy’ — says Nick Cannon after having 8 children with five women
I haven't found the right man — Songstress Asa reveals why she is single at age 39
Check out rapper Kendrick Lamar's eventful weekend in Ghana
I am worth about 1 million dollars - Tracey Boakye reveals
Cows defecated on me, the rains beat me — Sherifa Gunu shares painful journey to Accra in truck transporting cows
I wanted to be a lawyer growing up — Jackie Appiah reveals
I charge $30k to go on dates — Princess Shyngle
Jesus and my doctors helped me with my enhanced body — Tonto Dikeh reveals
I spend GHc2k on just dresses when I'm booked for events — S3fa
TOP STORIES