Hopeson Adorye uncovers Twene Jonas true life in US, says he is a jobless man perching for space 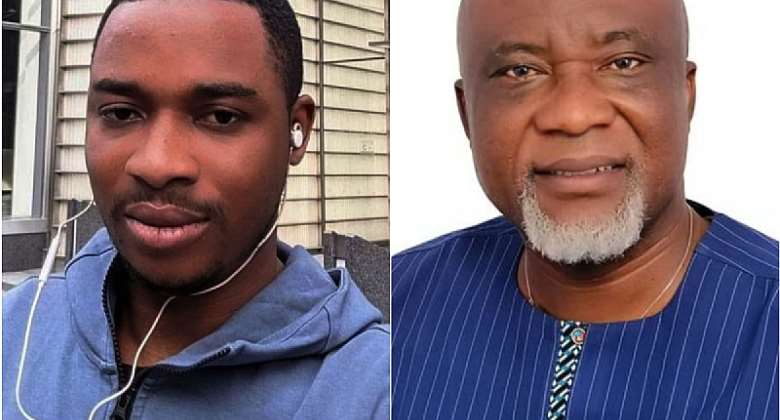 Ghanaian politician Hopeson Adorye is on an expose spree in the United States and his radar is on social media advocate for change Twene Jonas.

In a live video intercepted by ModernGhana News, the former Member of Parliament of Katamanso with the New Patriotic Party seems to have gathered quite a lot of information about Twene Jonas.

According to him, he had uncovered that Twene Jonas was not living rosy life as he portrays in his numerous live video sessions.

He claimed to have found out that Twene Jonas had lost his job in a car park after he was found to be yielding fake documents.

He added that Twene Jonas was perching in the house of a Ghanaian preacher at Queens in the USA who demarcated a portion with plywood for Twene.

Honourable Hopeson Adorye also revealed that Twene Jonas is a pauper living there and urged the general public not to be fooled by his social media rants.

He is noted for his comical yet aggressive manner of putting leaders on their feet.

In his response, Twene Jonas posted a picture of himself holding the latest iPhone.