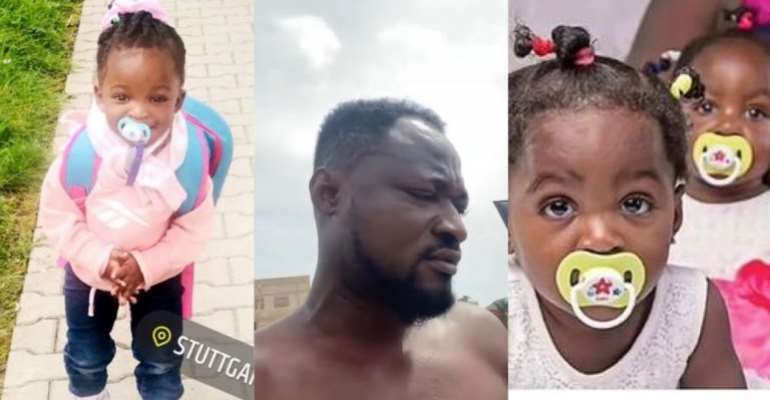 Ghanaian comedian Funny Face is demanding the ownership of a little girl believed to be his daughter.

In a recent video on his Instagram page, the self acclaim children's president is demanding a DNA proving the child is his and demands she is given to him.

According to him, the little girl's mother lives with her in Germany and has refused to hand her over to him because her current husband is a rich man.

Funny Face indicated in the video that the little girl is his daughter as he believes she looks like his twins Ella and Bella.