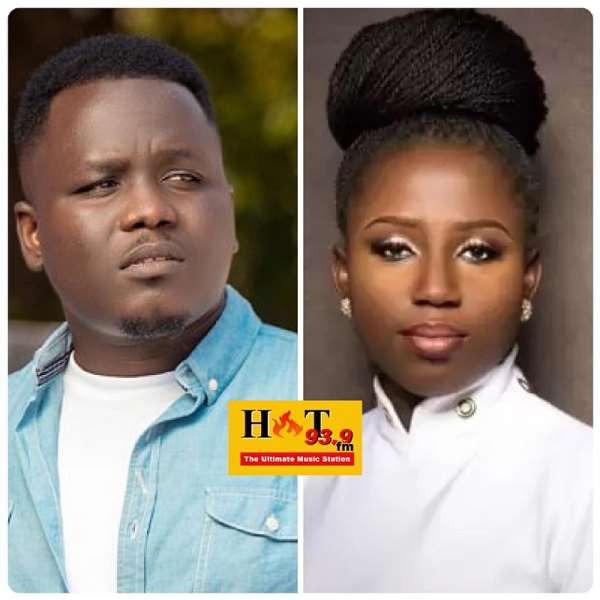 Diana Hamilton repeated history for the gospel music fraternity in Ghana as the burgeon gospel singer picked up the prestigious and ultimate Artiste of The Year Award at the VGMA 2021, making her the first female and the second gospel artist to win the coveted top prize.

Ever since she won the award, some music pundits and enthusiasts have opined that the VGMAs board was biased because the gospel singer did not deserve to win the top prize.

Answering a question In an interview on popular entertainment talk show, 'JukeBox' hosted by Nana Adwoa Annan on on Atinka TV on Saturday, in line with whether he believes Diana Hamilton won the award on merit, Carl Clottey , as a gospel musician astonishingly opined that even though the 'Adom' hitmaker worked extremely hard in the year under review, she won the award by favour.

According to Carl Clottey, " No, as Christians we always don't get what we want...if it was for effort alone Diana wouldn't have won...She won it by grace..Pure grace...God does his things for the one that does not have a lot of elements...you see with Kidi, he has a lot of songs ,Diana had one and God wanted to prove something with that".

"Diana was like an Evangelist -she is bringing people through the cross so obviously she was going to win..so it was favour...it normally doesn't happen that gospel musicians would win the coveted top prize...Joe Mettle won and if gospel musicians pick it again fine, " he added

Carl Clottey who is well noted for the hit song 'One and Only' explained extensively that," It's not like she didn't do any work ...she did very well in the year under review...playing shows, promotions in Accra, Kumasi ...her music was everywhere..even muslims enjoyed the song".