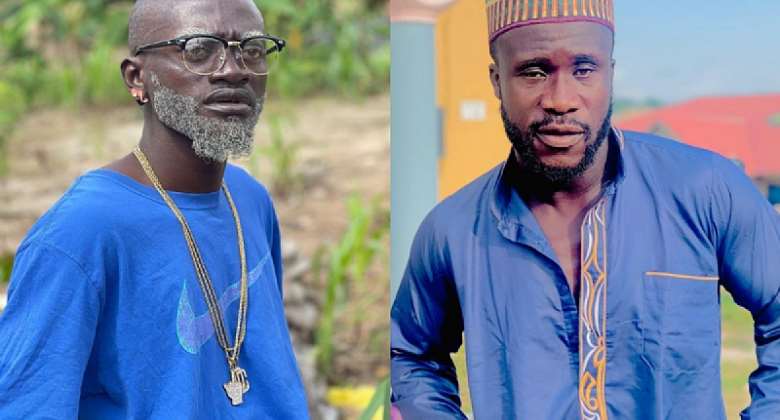 Comic actor Ras Nene popularly known as Dr. Likee has debunked all claims that he is not on talking terms with colleague Kumawood star Kwadwo Nkansah Lilwin.

This comes as a surprise as a viral video depicts Dr. Likee stylishly snubbing Lilwin at an event in Accra over the weekend.

In an interview with Zionfelix which was monitored by ModernGhana News, the YouTube skit star stated that he was checking the traffic his recent skit had accumulated on his phone when the former entered.