Abena Korkor says she is crushing on Pastor Mensah Otabil 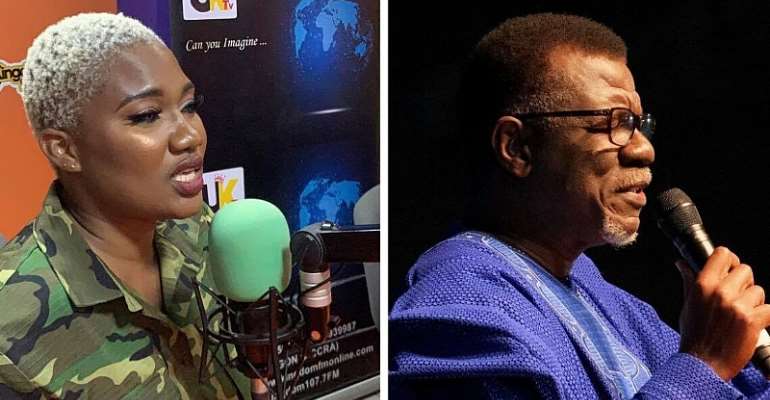 Abena Korkor, a mental health advocate in an interview on Kingdom FM stated that she has for a long time been crushing on the pastor, theologian, and entrepreneur.

She went on to state that she has over time fallen in love with the preacher's wisdom and motivational speeches whenever he was giving sermons to his congregation.

In that interview, Abena Korkor revealed that she has no project ongoing after her departure from the Media Generale cluster where she was a presenter with TV3.

According to her, she is working hand in hand with the World Health Organisation and Psycho-Social Africa.

Latest Photo Reports
Catch up with all the political quotes from our politicians.
Advertise here
More Exclusive News
ModernGhana Links
I will beat you when I catch you - 3Music Boss Sadiq warns Shatta Wale in leaked voice recording
I don't know if I will make it to heaven or not - KiDi
"He did the reasonable" — Arnold Asamoah Baidoo lauds Stonebwoy after he suspended UK show from clashing with Wizkid
We once walked naked, allow people to go nude in their videos - Cina Soul
American rapper 50 Cent expresses fear of the end time
Be inspired — Big Ghun tells fans in EP
Funny Face's recent depression videos show the actor needs attention
'What!!' — Ghana High Commissioner to UK left in shock after Stonebwoy tells him what he gets as royalties from GHAMRO
Sarkodie opens up on alleged stingy nature
TOP STORIES