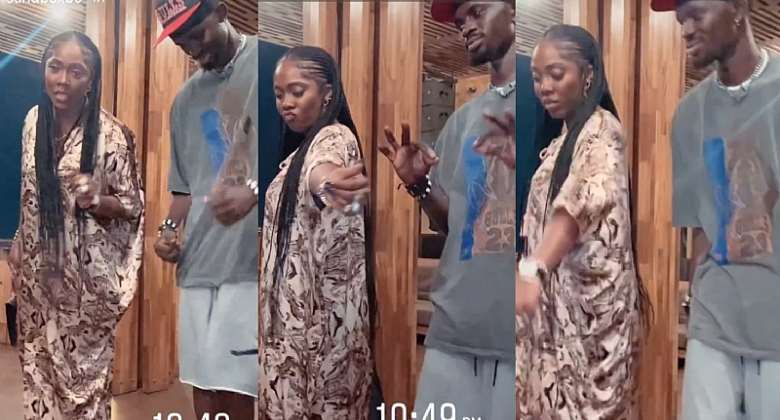 Ghanaian rapper Black Sherif has been spotted with Naija music diva Tiwa Savage and the two have been captured on video.

In the video, the two are seen dancing to Tiwa's current smash hit song.

Music lovers and netizens are beginning to wonder if there is an impending collaboration between the two.

Killer Blacko, as he is affectionately called in the Ghanaian music circles has won the hearts of many music lovers far and near with three of his club blazing singles, 'Sika', 'First Sermon', and the current rave 'Third Sermon'.

He has however kept Ghanaian music lovers in suspense after he recently posted a teaser of his 'Third Sermon' single.