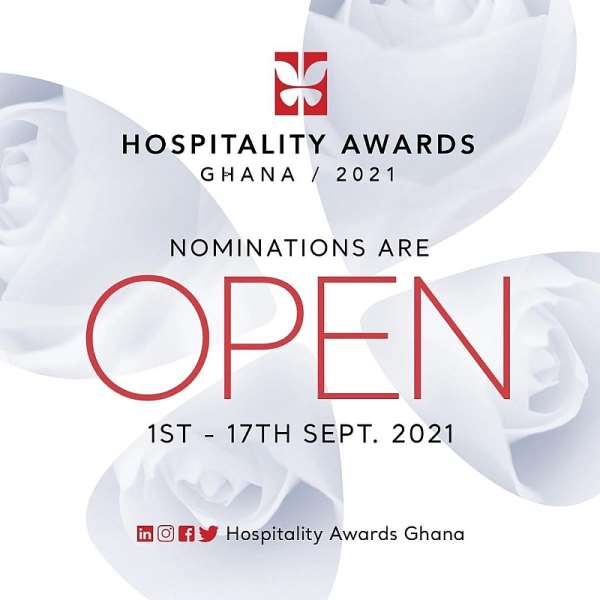 The CEO of Hospitality Award Ghana (Africa), Linda Y.S. Mensah-Vidzro has announced the opening of nomination for the third edition this year.

She said the award scheme seeks to reward, acknowledge and award the Outstanding Heads of Department and team leaders who drive excellence and exhibit exceptional leadership skills in their various hotels, resorts, restaurant and bar.

"We also took the opportunity of our third edition to re-brand and serve Africa even better. To nominate your best candidates or yourself click on the link below and also see attached nomination details."

She noted that thousands of nominations are expected to troop in as the category has been expanded with new addition.

She indicated that the year 2020 to 2021 has been one of the most difficult years in the industry.

"We are indeed excited to announce the opening of the nominations from Wednesday 1st September to 17th September 2021. We call on all stakeholders, contributors and enthusiasts in the hospitality and tourism industry to file for nomination from the aforementioned date above," she stated.

Categories for Africa best 3 to 5 star hotels etc. Additionally, there are also categories for Travel and tour, car rentals, local and International airlines in Ghana and Africa and beverage companies.

The award will be climaxed with a gala dinner on the 6th November 2021, at the plush Accra Marriott Hotel.

Star Idol Award (over all)

Domestic airline of the year

International airline of the year

Best hotel by the lake

Best hotel concierge of the year

Hospitality media of the year

Hospitality Professional of the year FEMALE

Hospitality Professional of the year MALE

Best water of the year

Best spirit of the year

Best beer of the year

Most admired food and beverage manager

Most admired sales and marketing manager