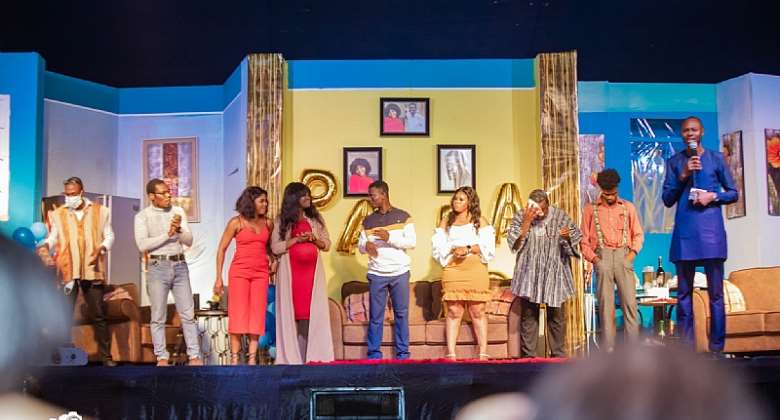 All roads led to the plush Labadi Beach Hotel over the weekend as prolific playwright Latif Abubakar's most anticipated play titled 'Something Must Kill A Man' was staged.

The play, which was staged on three different occasions was centered on teaching about the importance of teamwork and achieving goals in unison as organizations.

Despite unexpected rainfall on two of the event days, patrons still trooped in to watch the play.

Sort of melodrama, the play was fused with music, comical characters, comedy-filled dialogues, and mind-tickling statements made by some of the characters on the stage.

History in the making, the play becomes the country’s first-ever outdoor theatrical display as far as arts and entertainment are concerned.

Speaking to ModernGhana Entertainment, the playwright Latif Abubakar stated that there is more to be expected as far as innovative programs were underway.

He detailed that theatre is expected to grab hold of a position of importance in the art space.

Mr. Latif indicated that putting the production together was a herculean task but with dedication and hard work, the prime goal was achieved.

The play talks about a young man, very much educated and skilled, who took over his father’s companies.

Unfortunately, business begins to decline, and the young man got confused as he has astute confidence in his expertise and his educational level.

But with the help of his father and a friend the gentleman grows to understand the power and efficacy of teamwork and upon this adherence, business begins to boom.