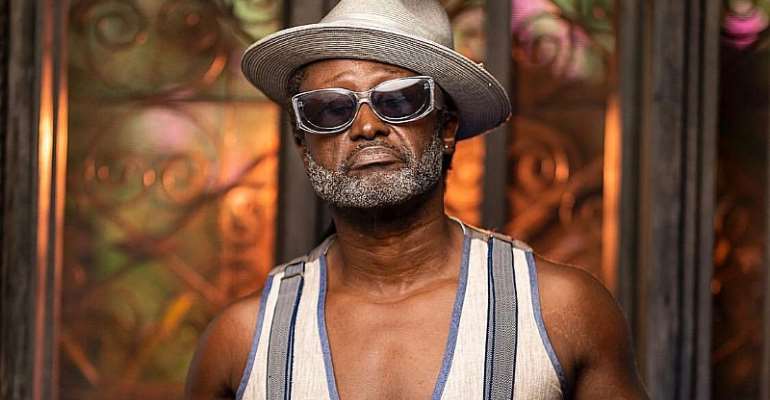 For some time, lot of conversation has been had over the lack of Culture capital in Ghana. This started when celebrated rapper Sarkodie known in real life as Michael Owusu Addo lamented that Ghanaians do not cherish moments.

The comment from the decorated Rapper was met with mixed feelings among Ghanaians but the majority disagreed with Sarkodie stating that Ghanaians do cherish moments we just don’t share in them for long.

For that reason, Oneplay Africa, a leader in culture conversations in Ghana has decided to be a culture custodian and drive home moments that our heroes have had over time.

So, in the month of September, Oneplay Africa will be heavy on everything “Heroic” that’s happened in Africa. As a culture-based brand, Oneplay Africa, will celebrate Heroes from music, sports politics to culture/tradition.

In the space of politics, the legendary Kwame Nkrumah cannot be ignored for the history he made for the people in Ghana and Africa. He is celebrated for leading the charge in gaining independence for Ghana, then Gold Coast in the year 1957. Ever since then Kwame Nkrumah has been the pillar of Ghana and continues to be remembered every 6th of March and celebrated in September, his month of birth.

In Sport, one name that can also not be forgotten is Abedi Pele, father of Ayew brothers in Football. His game-changing impact was one that shaped the narrative and perspective of how football was perceived in Ghana and some parts of the world. His skills and countless trophies won are one that has left an indelible mark in the sports industry which is why he is celebrated as a Hero this month.

To the average Ghanaian millennial, daddy Lumba is the definition of highlife and their go-to reference for the Highlife genre. Daddy Lumba has over 3 decades entertained Ghanaians and the world at large the Borga highlife which was both enjoyed by the older generation and the millennial. Daddy Lumba ruled and produced hit albums like Yereye Aka Akwantuo Mu, Obi Ate Meso Bo, Sika Asem, Playboy, Vida, Bibi Gyegye wo, to mention a few.

Hammer of Da Last Two is an iconic name in the music industry of Ghana, having produced most of the monster hits in the music space for over 2 decades. To people like Sarkodie, Hammer was the door opener who produced and encouraged the ‘alternatives” at the time to also pave their way and not succumb to just what was mainstream. To Sarkodie, he would not be Sarkodie if Hammer hadn't led him on. To the many artists, Hammer produced and encouraged and to the new generation of artists who look up to these artists, Hammer can only be celebrated as a Hero in the music scene.

Just as the saying goes “a hero isn’t celebrated in his hometown” but as the young and cultural-driven platform, Oneplay Africa wants to be the taste of change-makers who want to throw more light on Heroes.

The Head of Creatives at Oneplay Networks George Wiredu Duah commented that:

“Generation evolves and it grows so quickly. Like time, moments do pass so quickly but if we have a custodian, many generations will not forget what past and present heroes have achieved and that is why HEROES MONTH on Oneplay Africa is important to us. We want every Gen Z with a Millennial leader to know our heroes.”

He added that: This month is very special to us because we will share conversations and shows that will talk about heroes that you’ve never expected to be talked about. Most importantly, September earmarks the birthday of Kwame Nkrumah, a pillar in the history of Ghana. As a young culture-driven brand, we believe that change is what we stand for, and therefore Kwame Nkrumah who was a leader of change is our inspiration for September, hence “Heroes month”.

"Greater Accra NPP is poised to recapture all lost seats in ...
5 minutes ago