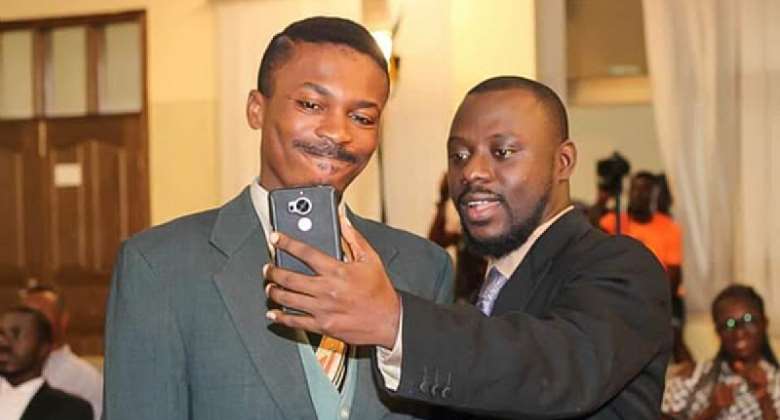 Award-winning comic actor, Lawyer Nti, has revealed that he gets his inspiration from his colleague actor Clemento Suarez.

Speaking in an interview with Happy FM’s Doctar Cann on the Ayekoo After-Drive Show, he mentioned that Clemento, he believes is a bevvy of most veteran comedians the country has had over time.

“A lot of things that we used to play with in the past like Agoro, Concert Party, Akan Drama, Santo plays and others, he remembers them all so when I’m trying to remember something from these shows and I only seem to remember a bit of it, he can remind me of it”, Lawyer Nti said.

He added that “The way he will even say it for you to remember, you can tell that he has learned it so well and knows all the lines off-head. There’s a bit of Santo in him and a bit of everyone else so I see him as someone I can learn from. The little talent that I came with, he is the one that I looked to and learned from to improve on my comedy skill”.

He further revealed that Clemento who doubles as a rapper influences majority of his decisions as far as his creative aspect is concerned.

Both have been in the theatrical comedy since 2011.