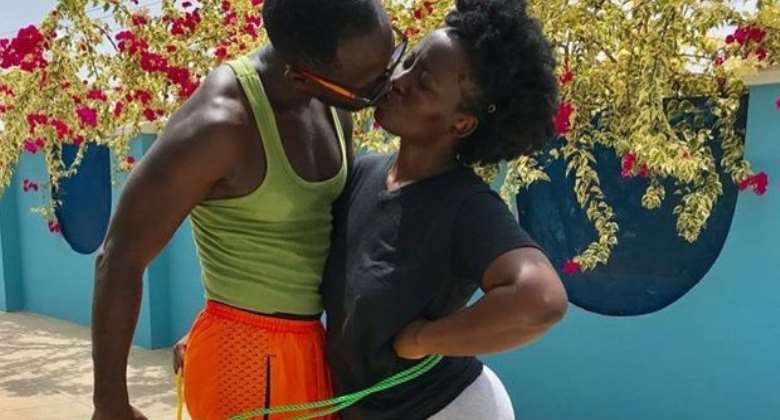 Ghana’s tourism ambassador and celebrated rapper Okyeame Kwame says his appreciation towards women has deepened since he started washing his wife’s clothes.

Okyeame Kwame disclosed in a video he personally shared that he has been washing clothes in his marriage for the past 26 years.

He added that performing these tasks as a man made him realize the stress his wife and women in general go through.

The rapper then advised his fellow married men to learn how to lend helping hands to their spouses when it comes to domestic chores.

Having the celebrity washing clothes with his hands and intentionally filming the activity made many social media users wonder if he could not afford a washing machine.

He even complained that washing with his hands left him bruises but he does not mind because he is doing it for the sake of love– Love is blind indeed.

The ladies however applauded the superstar for being a caring husband and called their lovers to follow Okyeame Kwame’s footsteps.

Sorry Ladies, we’ll rather get you a washing machine instead of wash with our hands. Kwame Nsiah-Apau known by his stage name Okyeame Kwame and nicknamed Rap Doctor is a Ghanaian musician, songwriter, creative director and entrepreneur born on 17 April 1976.

Okyeame Kwame has been married since 2009 to Annica Nsiah-Apau and they have two children together, Sir Kwame Bota and Sante Antwiwaa.

Gov’t will build houses for displaced victims of Appiatse ex...
21 minutes ago

‘My courtroom is as hot as oven’ – Justice Kwoffie laments f...
21 minutes ago