Gospel artistes are hypocrites; this world we live in, no one is holy – Empress Gifty 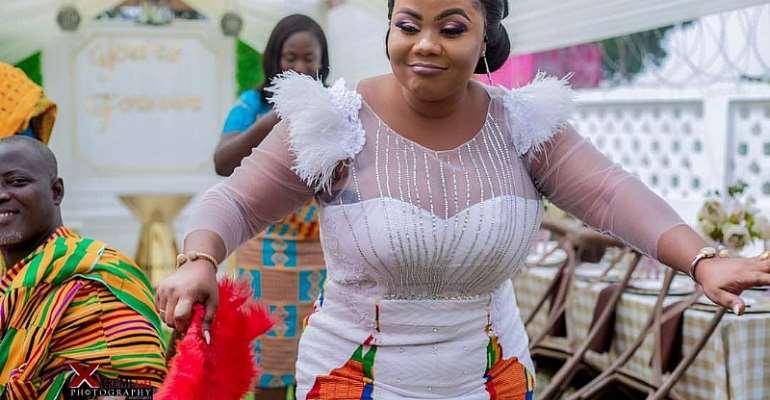 In an interview on Xzone show on TVXYZ Empress was asked if she will feature secular artistes on a song.

Recalling that, gospel singer Celestine Odonkor featured Akwaboah and Efya on a song called 'Aseda'' which some media houses refused to play the song because of its features.

Rapper Eno Barony also expressed her worries about the trend of how gospel musicians refuse to work with secular artists in the country.

Eno who is currently out with the “Ladies First” album called five (5) gospel musicians to add their voices to her “Aseda” song, but they all turned her down.

According to the “fefeefe” hit maker, she doesn’t mind featuring secular artistes because she’s done it before.

“Oh this not the first time, I’ve done it before I did with umm umm Dadie Opanka abubro nkosuo I won’t sit here and say anything for someone to say I’m lying. I believe in music I believe in words .. umm every time I say it’s the mind and what you think of the person makes everything a sin or truth. Have you listened to the content of the song? It’s the content that matters. The person has his reasons for singing that particular song, so and go support the person to sing the song. For me, it’s a music thing. So far as the person chose you amongst the lot for feature. I want to ask one thing am I God to judge them?

"God on the other hand didn’t come because of righteous people so I’m not the one to judge anybody in this world. No . If the person's song will promote my genre and all, why not, I will help the person. I will do it, this is not my first time, I’ve done it before."

“I’m being honest, I’m very close to secular artistes than my colleagues. Yes. Most, all of them, Shatta, Sarkodie, like I’m cool with them.

"We close because I think I’m too real I don’t fake, I won’t meet them and start praying in tongues. I’m not the one to tell them they don’t leave in good structures no. If you want to win somebody. My dear go down to the person's level and talk to the person, they need you that’s why you are with them.

This world we live in, no one is holy. We don’t have any righteous person so stop defining yourself as spirit filled, Holy Ghost, forget about that thing. We dealing with the heart. By now the person I’m judging has a clean heart than me so I love them. I don’t know but I love them because they are real.

"Maybe a secular artiste has or know something I don’t know and could help me but because I feel I’m more righteous than him, he won’t teach me. Why is it that the gospel industry we are not making it more than them? We play more live bands than them but they receive more money than us because we are hypocrites,” she emphasised.