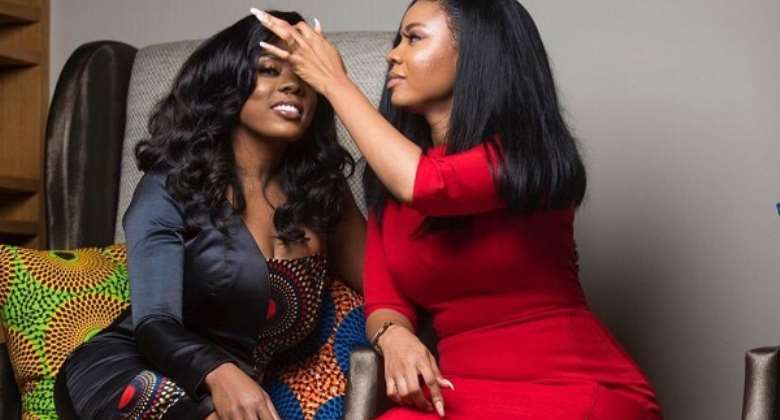 The Gh One TV newscaster has been a hot topic on social media after a ghost snapchat account spilt wild allegations about her.

The account which had Bombshelli Sel as its username claimed that Serwaa has been in a secret relationship with NPP General Secretary John Boadu, Sammy Awuku, Kojo Oppong Nkrumah, Mathew Opoku Prempeh and others.

The snapchat account shared some WhatsApp conversations purported to be chat between the newscaster and the politicians.

Serwaa Amihere, however, denied the allegations. In a tweet, she said "I have endured years of abuse and malicious lies. All these years, I have learnt not to argue with people who try to destroy the reputation of others unjustly."

According to the news anchor, these kinds of allegations are "far from distracting me" because " they have made me stronger". Serwaa Amihere concluded her brief statement by saying that "to the many who have reached out to show concern, I’m most grateful".

Despite her response three days ago, curious Instagram users flooded her live session on the platform, thinking that she may be addressing the allegations again.

Accordingly, Nana Aba who was with Serwaa at home during the Instagram live session decided to reply her critics and gossip mongers.

"Over a thousand people are tuning into Serwaa's Instagram? They think Serwaa is going to respond to the stupid trashy irrelevant nonsense out there that is occupying the thoughts of useless people?" she quizzed.

In the video below, she added that "no we have better things to do with our time".