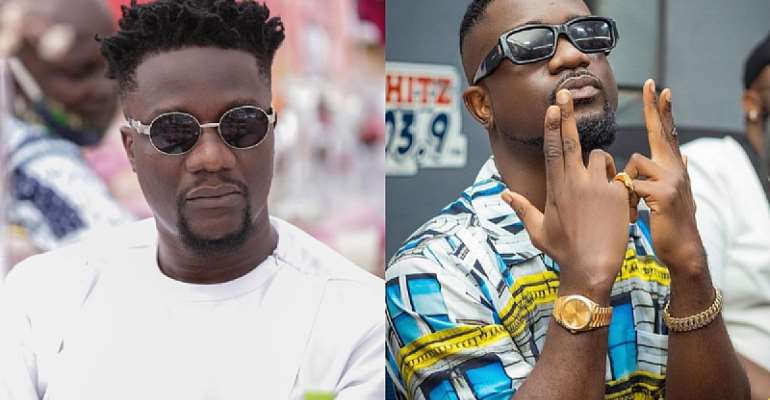 1. Every youth must understand that life has some non-negotiable principles. While some of these principles can be admittedly discomforting to abide by, one is bound to oblige in order to fulfill their dreams. Just as most successes are chalked through hardwork, education, honesty, intelligence, and all virtues we've been indoctrinated with, same way, most successes are chalked by religiously adhering to some of these principles of life. In this article, I explain one of such life principles and use it to contextualise the probable reason for which OBIBINI (of Zylofon Music), and perhaps most youths, can never make it big, if they do not dis/re-orient their mentality.

3. Same way, if you start thinking about a snake, you're likely to see a real snake. Same principle can be applied to our aspirations in life. If you want to become a great Accountant, Politician, Professor, Engineer or Lawyer, begin by picturing it in your mind, and then sincerely appreciate people who are in that position now and you're very likely to become it oneday.

4. Amidst Obibini's recent feud with Amerado, he (Obibini) had the chance of an interview on TV3's Entertainment 360, last Friday evening. In the interview that hovered around several topics, a touch on "promising artistes" and "current top rappers" were not left out. On the promising artistes, Obibini mentioned "Lyrical Joe" and "Blakk Sheriff" as those with bright futures in the space. On the top rappers, he mentioned Germini, Strongman and Manifest as them.

5. The host, Giovanni Caleb, "reminded" him that he had left out SARKODIE. But OBIBINI insisted that SARKODIE does not "qualify" into his top 5 best rappers in Ghana. At the time, Obibini had only been able to mention those 3 artistes as his top and was actually struggling to add more (since there are no any, anyway). Even in his uncertainty about who next to add, he was so certain that Sarkodie cannot be part of his top 5. Not even a "pretence" humility would allow Obibini's ego to fix Sarkodie in his top 5.

6. A lot of upcoming youths (in varied fields) often commit this treacherous "sin". Due to bitterness, ignorance, arrogance (and sometimes foolishness), we envy the people we should rather be learning from. How can any "normal" Ghanaian mention Germini as a "top" rapper (over Sarkodie)? Does it mean OBIBINI wish to "grow up" and become a "great" rapper like Germini oneday? Wow! Is that his whole dream in life? Well, so be it for him. Amen! And a lot of young people in Ghana think and behave this way.

7. No. No. No. I am not imposing Sarkodie on anyone. I'm not fixing Sarkodie in everyone's top 5 rappers in Ghana. I don't even need to do that. Life has already fixed Sarkodie in our top 5 in Ghana. Like or hate him, Sarkodie is Ghana's "highest" Rap export. He has both national and international recognition (and over 90 awards) to prove that he's a top rapper. He has worked consistently over 10 years into this prominence. He's a Soldier with enough scars to show he's been on the battlefront and survived. It is not up to Obibini (and his likes) to sit on TV and act like, "Oh, Sarkodie is nothing extraordinary. Even Germini and Strongman are better than him". No! This is an error in life. If Obibini doesn't change his mentality, he can never become great like Sarkodie, and even greater.

8. In my profession as a Counsellor, I meet a lot of young people who think like Obibini. They normalise, and in fact, discredit everyone in life. They find a space in their inferiority to downplay the hardwork and achievements of great people. Instead of going to sit under their feet to learn from them, they rather insult, belittle and spite these greats. Look, you don't have to like someone to admit they're great. You don't have to like the Sun to admit that it rises from the East and settles in the West. Normalise sincerely acknowledging great people. Normalise mentorship. Learn from people. Be sincerely happy when people succeed. Mention them. Make references to them. It won't kill you.

9. The energy you spend on discounting great people, which, after all your efforts and time, people won't get convinced anyway, use it to credit them. Pray for them and wish that you become like them oneday (and even greater). Who in Ghana can be convinced that Germini or Strongman is greater than Sarkodie? And what evidences (in terms of achievements) can you even adduce to get everyone holistically persuaded that Germini or Strongman is greater than Sarkodie? Don't even start such a fruitless exercise. Away from music. In academia, if you want to become a Professor, don't discredit their efforts. Start sincerely admiring them. If you want to become a great Accountant, Politician, Lawyer, Engineer, Travel Abroad, or anything, start sincerely admiring those who have already achieved it and you'll get there.

Note: The writer, Counsellor Daniel Fenyi, is a Counsellor and Educationist. He is a Member of the Ghana National Association of Certificated Counsellors (GNACC).