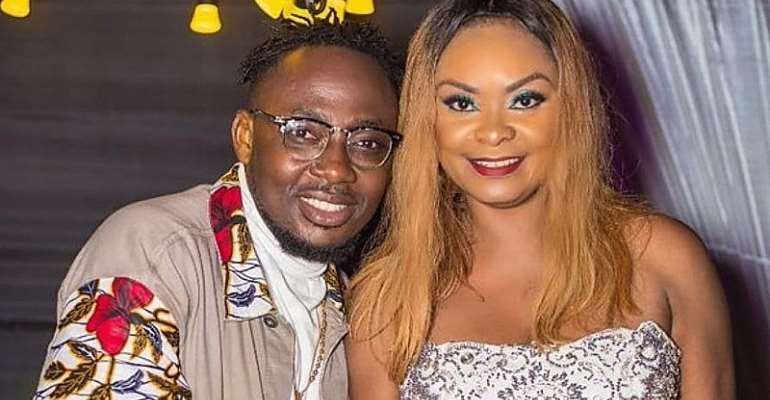 The distraught husband of actress Beverly Afaglo, Musician Eugene Baah aka Praye Honeho, is optimistic they will bounce back after a devastating fire consumed their house.

In an Instagram post on Tuesday to break his silence since his wife lost her house in a fire outbreak, Eugene gave thanks to God and said as long as they are blessed with life there is another opportunity for them to “make it happen.”

His wife’s residence at Tema Community 9 was sadly burnt to ashes after fire gutted the house on Monday.

Though Fire Service personnel were at the scene, they were unable to douse the fire until the entire house was completely razed down.

Beverly in an interview with Hitz Fm on Tuesday morning suspected a small bush her mother was burning in the garden behind the house caused the fire.

But the husband who is a former member of the defunct music group, Praye said they should give thanks to God. “In all things We give thanks To the almighty God."