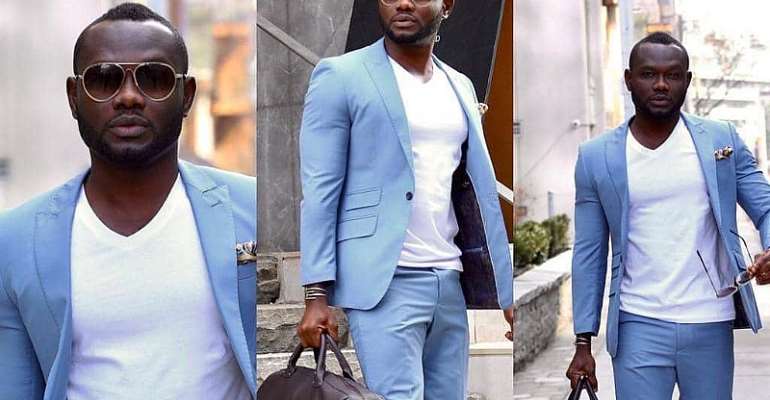 Popular actor, Prince David Osei has sworn he would stop being nice to girls who slide into his Dm on social media all the time.

According to him, most of them don't come with genuine intention.

In an Instagram post on Monday Prince indicated that the girls of today are not trustworthy, alleging that they have been recording and doing screenshots of their private phone conversations with guys like him for their dirty reasons.

“Herh Ghana change Walai! Off-late the way screenshots and recordings dey (do) pai dier (leak). I can't be nice to “harmless gals” anymore , If dem (they) enter my Dm or ask for number. Everyone is suspect now! Chai. Some gal (girl) just ask 4 my no (number), I tell (told) am (her) to go ask her Fada,” he wrote.

David's statement has come not too long after a conversation between actress Salma Mumin and Moesha Buduong's personal assistant was lead.

It appears he doesn't want to be caught in such a web again.

Prince David Osei remains one of Ghana's top rated actors who are doing very well and also staying very relevant in the showbiz space. He surely doesn't want anyone to take advantage of him being nice.