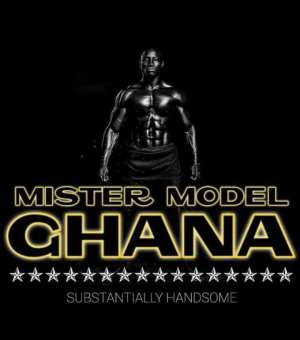 The official audition and launch of this year's Mister Model Ghana event has been set for Saturday 7th August, 2021 at the Oasis studios at Adabraka.

It is a national male pageant event with the objective of grooming and training all male models for international recognition.

Over 30 models have been billed to partake in the audition.

The event would also see the official launch later in the day.

The president of the organization, Prince Kwesi Osafo, disclosed that the event would serve as a platform to unveil potential men models.

"It will see the unveiling of the selected men at the end of the grand audition to be the official contenders for the Mister Model Ghana competition," he said.

He added that the organization has outlined vital series of event to promote the industry.

"The next stage after this particular event on Saturday is the Mister Model Ghana 2021 Runway challenge on 11th August. We are yet to secure a venue. It is one of the events we have planned in order to sell the art of modeling," he stated.

The deserving winners will be awarded accordingly.

Highly distinguished dignitaries are expected to grace the event on the night.

Notable among them is the CEO of Dekban Identify & Star Evogue, Mr. Mac-Banaman and Mr. Kelvin Moses Quaye, CEO of Iconz Model Agency.

Latest Photo Reports
Catch up with all the political quotes from our politicians.
Advertise here
More Coming Events
ModernGhana Links
Bayview Village to host Wendy Shay for Heat Rave concert on Saturday
Season two of Naa GaDangme showing on TV Africa
Viewers Choice Awards comes off today
Westside London Hills to honour celebs from western region
Ferty Felix Nominated For Best Blogger Of The Year At Glam Style Awards
Danny Lampo to perform at the biggest afrobeat party in UK with Okese1
Ghanaian creative talent leading the fight against malaria with launch of ‘The Underestimated Villain’ film
Anticipations rise as Latif Abubakar's play 'Something Must Kill A Man' is set to stage in 7 days
Miss Malaika 21: Who makes it to final 20 as voting codes released
TOP STORIES