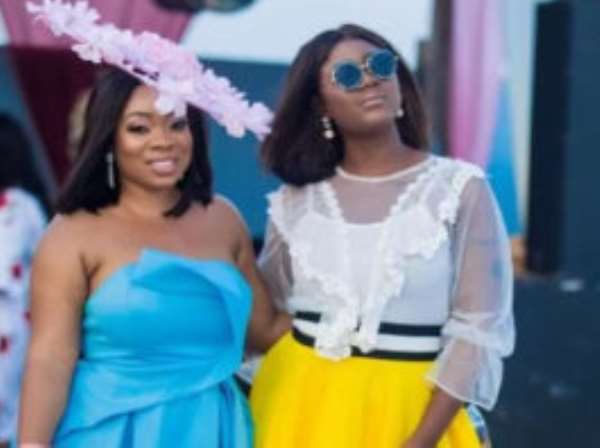 Ghanaian actress, Salma Mumin has shared a new post on social media which some people believe she is referring to the now-troubled Moesha Boduong.

A few weeks ago a video of Moesha alleged to have changed her ways went viral and many of her so-called “friends” expressed sympathy for her. Another revelation from Ayisha Modi reported that some individuals have turned her into a laughingstock in a Whatsapp group.

Salma Mumin, who was once involved in a social media spat with the social media influencer, took to Instagram to criticize her for her current situation.

Moesha snitched on Salma that she had gone under the knife to enhance her body, and the two used to be very close friends.

Salma made a subtle jab at Moesha in a deleted post, which read: “You can’t do ugly things to people and expect to live a beautiful life.”