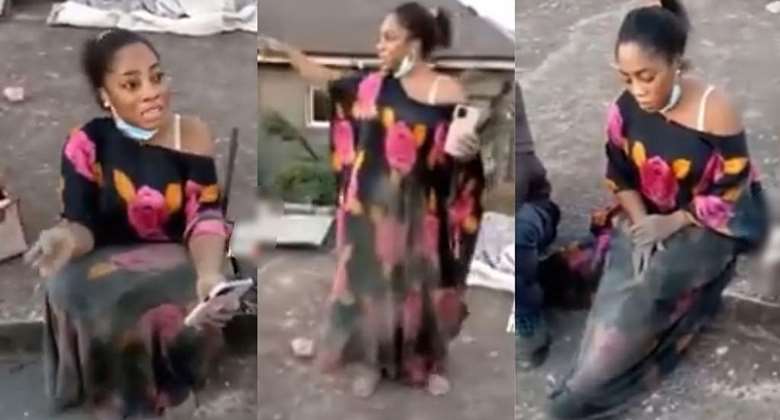 The young lady has been trending in the news for some time now, following her public declaration of repentance, and conversation to Christianity. Ever since, the condition of Moesha, from her economic to mental health has been deteriorating for unknown reasons.

A video recently appeared on social media in which Moesha was seen sitting on the floor, looking lousy and speaking to a group of young boys and girls. It further emerged that she was on an evangelism assignment.

Recent news of her activities has it that the condition of the former social media sensation has deteriorated. The actress is said to be mentally unstable with reports of attempted suicide. A section of social media users claim she is battling spiritual demons, while some have suggested that Moesha is probably battling a spiritual illness.

Moesha Buduong’s condition has worsened, according to reports cited on ‘those so-called celebs’ page. For this reason, she has been assigned a 24-hour security, over fears that she would get out of control.

The report also revealed that Moesha recently drunk the popular powerzone detergent, which nearly took her life. She was immediately rushed to the hospital to receive treatment.

In April 2018, Moesha came under severe public backlash after a controversial interview with CNN reporter Christiane Amanpour. In the interview, Buduong suggested that Ghanaian women used men as their primary source of income, due to the hard economic situation in the country. They do this by engaging in sexual intercourse with the men. Her comments received harsh criticism from both men and women who felt she was painting a negative picture of Ghanaian (and by extension African) women.

The more we sink into debt and become poorer, the more money...
25 minutes ago