Sarkodie, King Promise shut down Ghana Party In The Park 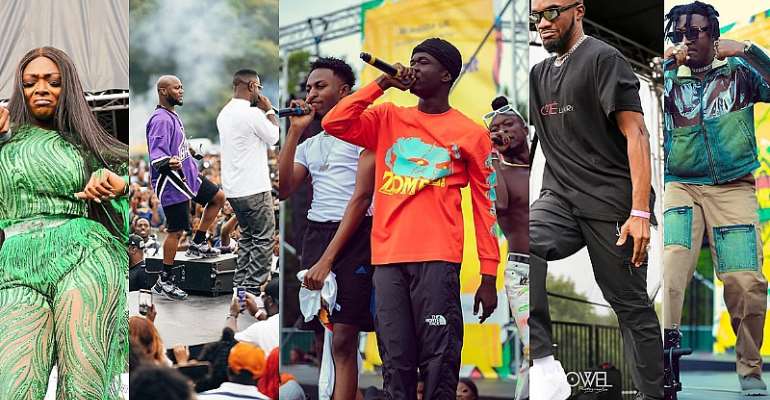 Ghanaian rapper Sarkodie and King Promise put up an epic performance over the weekend at the Ghana Party in the Park UK.

The Sarkcess music CEO mounted the stage and entertained patrons mostly Ghanaians with some of his hit songs from the Azonto era which got them dancing their heart out.

He continued by performing some of his old songs to the crowd before he was later joined on stage by King Promise to perform their song ‘Anadwo’.

The duo later performed Sarkodie’s ‘Can’t let you go’ which got the crowd singing along before the rapper made way for King Promise to continue with his performance.