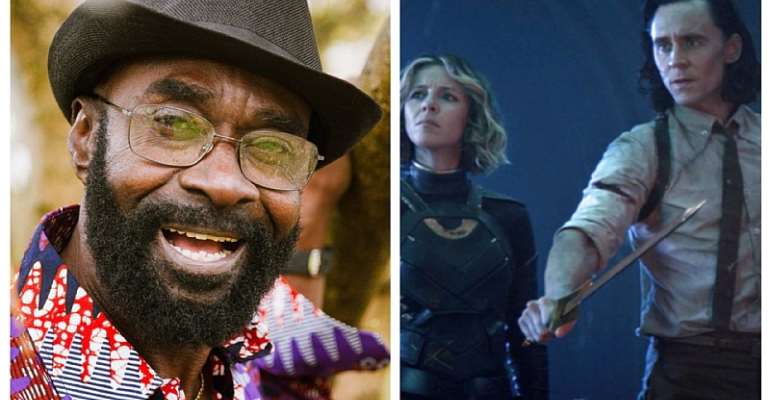 The season finale of Marvel’s latest MCU TV series, Loki, left fans with a lot to digest. After (Spoiler Warning!) opening up the MCU’s multiverse in its final scenes, ‘Loki’ which stars Tom Hiddleston in the titular role, also set up a number of future projects including next year’s ‘Doctor Strange: Multiverse of Madness’ and ‘Ant-Man and the Wasp: Quantumania’ which is set to be released in 2023.

The sixth episode of Marvel’s cosmic TV entry was jam-packed with Easter Eggs and references from past MCU titles and pop culture.

Most eagle-eyed fans have already picked apart most of the secret details hidden by the showrunners in the final episode.

One easy-to-miss moment that will interest Ghanaians a great deal, comes right at the beginning of the episode, which included a number of audio clips in its intro.

The clips included some lines from past MCU movies, some famous quotes and some music clips as well.

Harry James’ song “It’s been a long, long time” and Pyotr Ilyich Tchaikovsky “Swan Lake” were pretty quickly picked out, although it was pretty clear there were many more were much harder to ascertain.

New Rockstars, who specialise in footage breakdowns and easter egg hunts on Youtube, noticed a few more songs marvel used in this intro.

Ghanaian highlife legend, Pat Thomas’ song with the band Marijata “I can say” was also caught by Eric Voss in the intro.

The brilliant song is from Pat Thomas’ second album “Pat Thomas Introduces Marijata” back in 1976.

Nina Simone’s “I put a spell on you”, Kylie Minogue’s “I should be so lucky” and Sohail Sen’s “Swag Saha Nahi Jaye” also feature in this packed intro.

Ghana has already had at least one actor in a supporting role in Marvel’s Cinematic Universe, with Abraham Attah playing Peter Parker’s Academic Decathlon teammate, Abe, in 2017’s “Spider-man: Homecoming.”

Check out New Rockstars’ spot below: