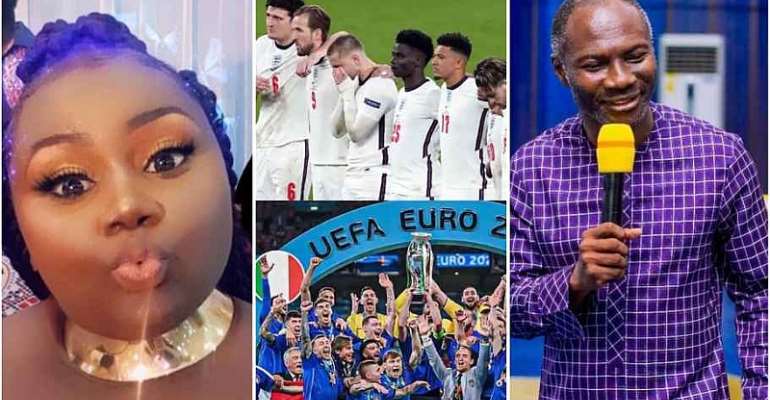 Prophet Badu Kobi is being dragged online over his failed prophecies and his daughter has come to his rescue.

Prophet Badu Kobi's prophecies consecutively failed to happen after he prophesied that England will beat Italy to win the just ended Euros. Before that, he had prophesied that Brazil will win the Copa America trophy in the final match against Argentina.

Both prophecies went the other way after Argentina won the Copa America and Italy beat England on Sunday to win the Euros.

Jessie Kobi, daughter of the man of God, took to Facebook to defend he father's failed prophecies, saying that "between the time a prophecy is given and the moments it's supposed to happen, there is always a change in the spiritual".

Jessie in her Facebook post continued that "it happened in Egypt when God told the Israelites he would rescue them at 400. Before you come at my father ask questions as to what changed. Don't criticize what you don't understand, Remember he is a prophet, not your village herbalist".

However, Jessie post has attracted backlash from trolls and others who disagreed with her but she is facing them squarely as promised.

According to Jessie in another post, Ghanaians should rather channel their energy to reports that Ghana's first and second ladies are going to be put on salary for being wives of President Nana Addo and Vice President Bawumia.

"Even those using our national coffers to pay their wives are free. They should use their energy to fight for their future. Don’t they know that one doesn’t live here forever? They speak as if they own you or they called you," she wrote.

Praising her father, she added that "no matter the economy of the forest the lion will never eat grass. you are a lion. They can call you all they want. I love u basaaaa. You remain my father for life!! Humility unmatched. I know what you carry. If not for you I should be dead.

If they know a little of my story they won’t tell me what to do with my own page!! My father rides on forever it is only death that will prove the truth to many and by then it will be too late. Let them call you all they want. But for me, you remain the man for the season."

Takoradi 'azaaa' woman still in custody as she fails to meet...
39 minutes ago