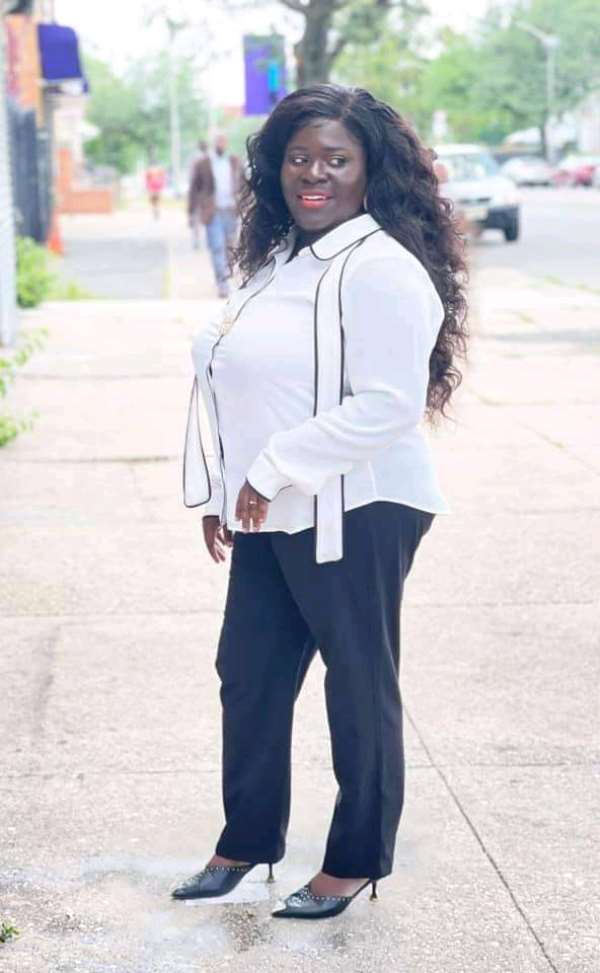 Gospel musician Rita Nkansah, wildly known as Rita Queen has said the win of Diana Hamilton as the overall Artiste of the Year award at the 2021 edition of the Vodafone Ghana Music Awards (VGMA) held last Saturday in Accra is a big win for the gospel music fraternity as well as a great sign of getting more space to spread God’s word to the populace.

In an Instagram post, Rita Queen expressed happiness over the win adding that Diana really deserved the award because she had worked hard over the years to register her presence on the gospel music scene.

“Congratulations to @dianaantwihamilton, for Your Wins, you really deserve it and even more,,, God bless and give you more anointing to touch lives for him,” she posted.

In a separate conversation, Rita Queen indicated that Diana’s win makes it clear the dominance of gospel music in ways of spreading the word of God to all quarters.

“Gospel music over the period is getting more space. After Joe Mettle, we’ve had another gospel vibrant making us proud. It is opening the scope for gospel music and making the new crop of musicians believe in what they do. The purpose of the gospel music is to preach the goodness of God to more quarters, and we are getting the necessary space and attention for it, not like first which we hardly get such scope of space, now by the grace, we are been accepting at all quarters, making the work more easy.

“People are repenting more; it’s motivating others too – making the work to achieve the purpose more easy. I congratulate Diana Hamilton for winning the Artiste of the Year award. The achievement is a laudable one. Her achievement is indicative of what the future holds for the gospel music industry. I encourage all gospel musicians not to relent in their efforts but to be motivated by such great success to spur on to even greater heights. We should do more to achieve such feet and even more with the aim of helping to preach God’s word to all jurisdictions,” she said.

Responding to a question on if the gospel fraternity is not rushing on the secular space more; Rita Queen said it is not the case, explaining that, it is the space even needed more to invite the secular people to the Gospel side.

According to her, Diana’s win after Joe Mettle underscores that it is essential to recognize the VGMA and other award events as a platform to spread the gospel and win souls for God.

“The event is a corporate scheme. It’s not only for secular people. It’s for all jurisdictions and gospel music as well needs to be part. It is awarding everybody in their field of work and so gospel deserves to be there, when we deserve it, we should win it. When we work hard to be awarded, we need to. My single He Reigns did a lot of magic; I had several messages on social media on the narration of souls the song won for Christ, venue it was played among others. The end result is the soul-winning, so as far as it is achieving that, God is happy, we His children carrying out his duties are also happy,” she added.

Rita Queen’s reaction comes after Diana Antwi Hamilton, was adjudged the Artiste of the Year at the 2021 Vodafone Ghana Music Awards (VGMA).

That was the second time a gospel musician has won the most prestigious award at the VGMAs. In 2017, Joe Mettle made history as the first gospel musician to have earned that feat.

Diana Hamilton released her debut album in 2007 titled, ‘Ɔsoro Bɛkasa’ which announced her presence in the gospel music industry. Her second album ‘Ensi Wo Yie’ was released in 2010.

She was one of the headline artistes for the 2019 Harvest Praise which was held at the Fantasy Dome in Accra. In May 2021, she was unveiled together with Kofi Kinaata as the Brand Ambassadors of Enterprise Life.

With several awards to her credit, Diana won the 2021 Most Streamed Female Act of the Year Award at the 3Music Women’s Brunch. In March 2021, she was among the Top 30 Most Influential Women in Music by the 3Music Awards Women’s Brunch.