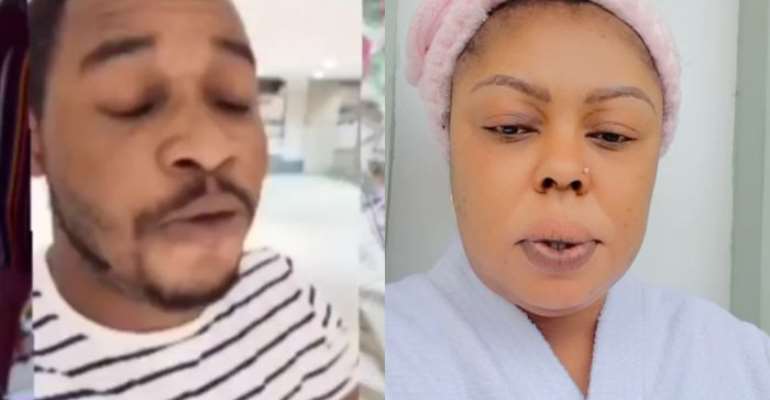 In the heat of their back and forth, Afia revealed that Twene Jonas has an illegal status in the United States as he apparently bolted away after going to the US on the ticket of child prodigy DJ Switch.

Afia Schwar also insulted the family of Twene Jonas and advised him to take his poor mum who works at the farm to the United States.

She used unprintable words on the parents of Jonas as she intensified the salty beef by saying they are good-for-nothing people just like him.

It’s against this background that a man who identified himself as the brother of Jona has surfaced to take the war to Afia.

He mentioned in the video herein that she’s the daughter of a dog along with another vituperative onslaught that will definitely jostle her into reality.

Watch the fill video below;