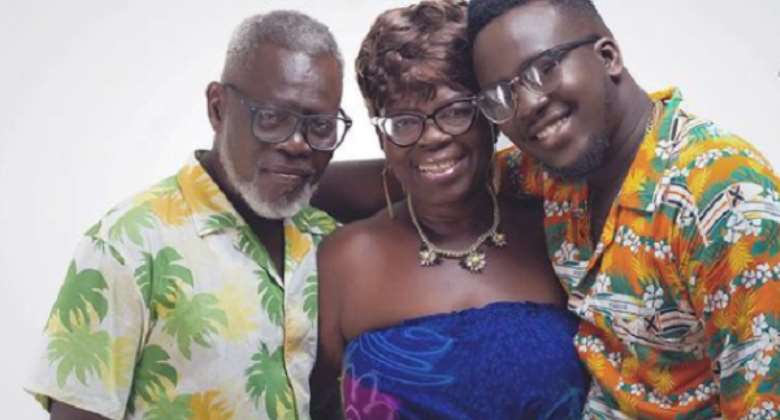 Popular Ghanaian comedian, skit producer and content creator, SDK Dele real name Sadik Sulley has disclosed that his family feed and depend on the money they make from comedy.

SDK who has been able to involve his mum and dad in his hilarious comedy skit indicated in an interview with Sammy Kay on the Go online show that after making his first movie, he persuaded his mum to retire from his meat pie business due to her old age.

When asked about whether he pays his mum and dad after making the skits, SDK explained that he does pay them, and continued by stating that he uses the income made from the comedy to also pay bills in the house among others.

The comedian also revealed that his biggest money made so far from acting ever since he started his craft was when he worked for Vodafone Ghana.

An emotional SDK disclosed that his mum became ill of stroke some month ago, so had to hold on with his skit production, to take care of her to get better before he resumes and glory be to God his “Old lady” is recovering well and has even featured her in one of his recent comedy skit.