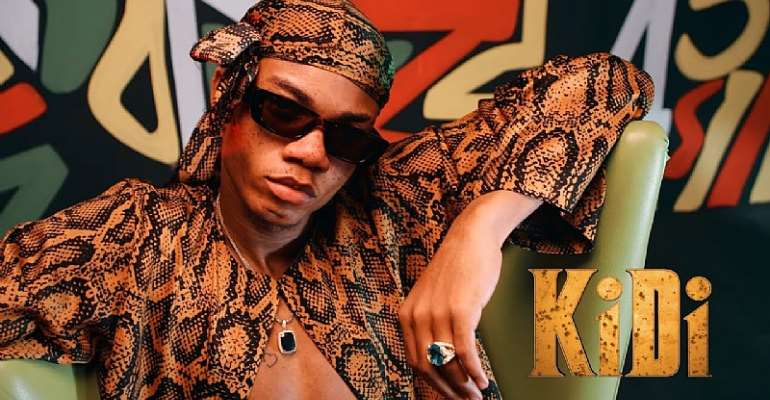 The album was made available today June 24, 2021, to all music lovers across the world.

Apart from hosting a listening session on June 22, 2021, at the Rock City Hotel at Kwahu in the Eastern Region, KiDi had already whetted the appetite of his fans and Ghanaians with two bangers “Spiritual” and “Touch It” all from the Golden Boy album.

The “Golden Boy” album has a blend of reggae, Afrobeat and R “n” B genres which give it a special spice and listening quality. KiDi is always known to wow his fans with an amazing voice that conveys messages about love, romance and affection.

Just as the “Sugar” album got KiDi to win several major accolades like the 3 Music Artiste of The Year and Album of The Year at the VGMA, we believe Ghanaians will make the “Golden Boy” an unforgettable musical masterpiece.

Already, the reception after the release of the album is mindblowing. You can stream his songs on all major platforms.