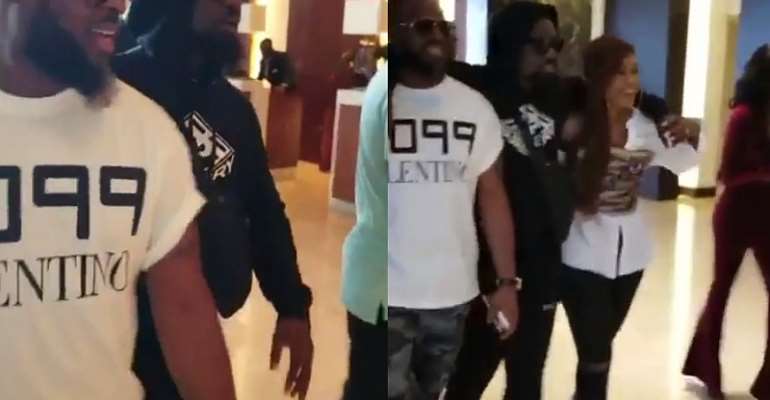 A few weeks ago, Sarkodie flew to the United Kingdom to finish his fourth coming album dubbed “No Pressure”. After dropping 'No Fugazy' and 'Coachella' featuring Kwesi Arthur, Sarkodie went on to hold a private pre-screening party for his fans in the UK.

After a successful event, Sarkodie flew back to Ghana but unlucky for him, the cameras of blogger OdarteyGH caught him at the airport “sneaking” into the country.

The video has since gone viral and we are pretty sure Sarkodie will be a bit worried because he didn’t anyone to spot his arrival.