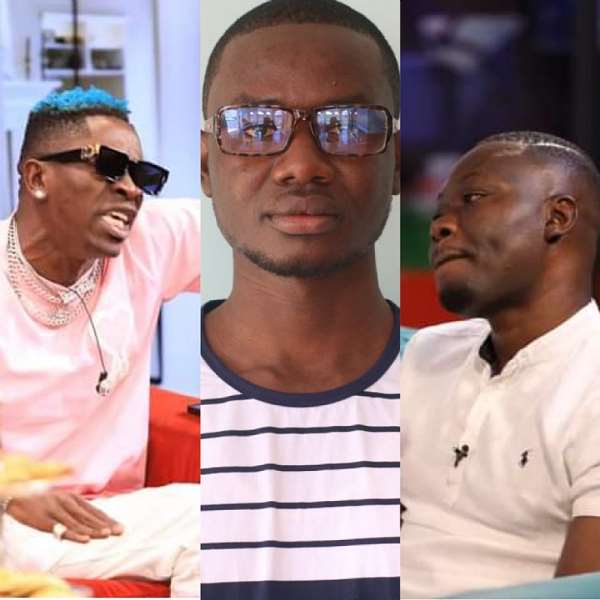 A discussion about getting a unique genre in Ghana on UTV last night nearly ended on a bad note.

Centring the conversation on Shatta Wale’s recent State of the Industry Address, tempers were high at a point.

If you would recall, Arnold Asamoah-Baidoo tagged Shatta Wale as someone who is inconsistent and confused on United Showbiz last week following the latter’s address.

"That's why I keep insisting he is one of the most confused and inconsistent artistes, and I will not move away from that," he said.

Arnold Asamoah-Baidoo further stated: "In 2016, MUSIGA introduced the Play More GH initiative, Shatta Wale didn't support it. Instead, he was insulting Obour (then president of the association.) The idea was to promote the playing of Ghanaian music on Ghanaian airwaves. Policies like that exist in South Africa and Kenya.

"In 2017, George Britton, one of the people he enjoys insulting introduced the play 80% Ghanaian music on the airwaves. Did he support? He did not support it!"

Not pleased with Arnold’s statement, Shatta Wale asked him to retract his statement when they met on UTV last night.

Arnold was not ready to do so, the renowned musician, however, insisted that he deserves an apology but the knowledgeable entertainment pundit remained firm on his decision not to apologize or retract his statement.

Shatta Wale then became furious and descended heavily on Arnold—and even passed an unwholesome comment about his shoe.

“An elder like me, you should apologize! Ose Hwe? Because you see me as your child. Arnold, the money I see you haven’t seen some before. Look at the ugly shoe you are wearing. Your Ghc2.50p shoe. You for respect.” The Shatta Movement leader said.

It got to a time, he was moving towards the direction of where Arnold was sitting but he was stopped by Halifax Ansah-Addo.

Shatta Wale then declared how much he loves Arnold after he talked about merchandise for musicians and being business-minded which were in his favour.

Over the years, Shatta Wale has threatened to slap some people but we are yet to see that happening.

It appears he does that for mind games and attention.

Undoubtedly, Shatta Wale is a business-minded person. He takes the business side of showbiz serious and I am sure many Ghanaian musicians would like to learn from him.

Many people who watched the show on UTV last night will be asking some questions due to his composure.

His choice of words, actions and movement to Arnold Asamoah-Baidoo’s direction should tell you that he was trying to put some fear in him.

You know Shatta Wale has used many tactics to be in the news, so you know the answer already.

On several occasions, I’ve said Shatta Wale carries some wisdom in what he says but how he puts the message across is the problem.

Kofi Oppong Kyekyeku is a Ghanaian Broadcast Journalist/Writer who has an interest in General News, Sports, Entertainment, Health, Lifestyle and many more.