"You're nobody, you buy house before, your shoe is even Ghc2" — Shatta Wale blasts Arnold Live on Utv 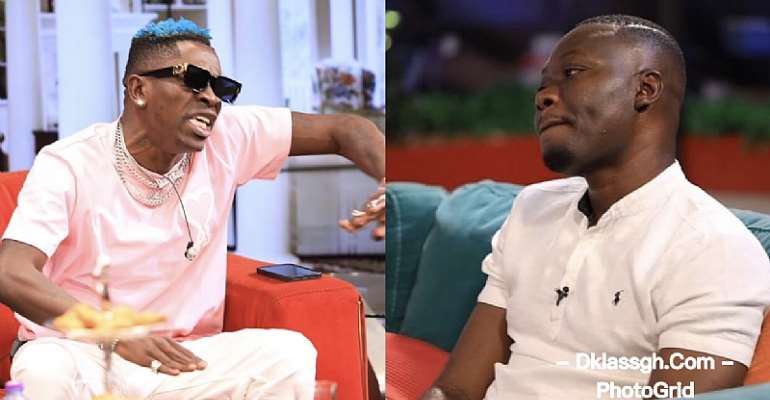 Shatta Wale showed that he had meant Arnold Asamoah Baidoo before coming to set on the United Showbiz show shown on UTV.

The whole brouhaha started after Nana Ama McBrown, Shatta Wale, Arnold and the rest of the pundits took a bite of the dancehall artist’s industry address which he delivered after his holidays from America.

While Arnold was sharing his thought on the issue onboard, Shatta Wale interjected and asked the entertainment journalist to be mindful and choose his words wisely because some are offending.

Arnold on the other side rubbished Shatta Wale’s request and thereafter, the argument popped up.

Shatta Wale in his pissed mood quizzed Arnold severally as to whether if he is on the same levels him.

The SM president also disgraced the journalist and said he wears one of the lowest brands of shoes in the nation.