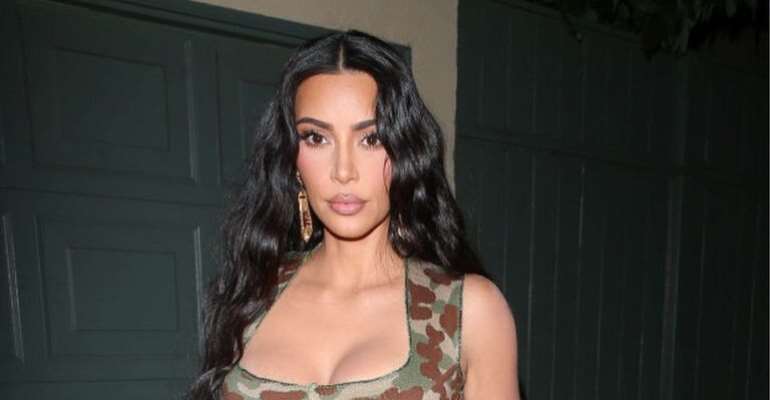 Kim Kardashian West has revealed she has failed her first-year law exam for a second time.

The reality TV star and businesswoman got her results on the final episode of Keeping Up With The Kardashians.

The hit TV show ended on Thursday after 14 years, having catapulted the family to global fame and fortune.

Kardashian, who is studying for a law degree, aims to open her own law firm. She was seen saying: “I failed… I just have to not stress about it.”

Keeping Up With the Kardashians: 8 ways one family became a hot topic

She said she was “bummed” about the result, which was “a little bit worse” than her first attempt earlier this year. She added: “I just have to do better in the future.”

The reality star was taking the baby bar exam , a one-day test that is taken after a year’s study. She pledged to take the exam for a third time later this month.

She has said she wants to open her own law firm focusing on sentencing and prison reform after finishing her law degree.

The women had been jailed for drug-related and white-collar crimes, and all had young children when imprisoned. Kardashian West is also campaigning for changes to the US justice system, particularly long sentences handed down to first-time offenders and the disproportionate effect on ethnic minority communities.

In Thursday’s finale, her sister Khloe consoled her by saying: “You had Covid, you had your 40th birthday. You had a lot personally in your relationship. And quarantine itself. I really don’t think this time counted.”

Kardashian West is in the process of divorcing rapper Kanye West . The couple married seven years ago and have four children.

The show’s final episode saw her discussing her marital situation, telling her mother Kris she was now seeking “total happiness” and that she realised she was unhappily married after speaking to a therapist.

“Obviously, I know complete bliss is not a full reality but if I can have it more the majority of the time, that’s all I want to do,” she said.

“I just feel I’ve worked so hard in life to achieve everything that I wanted to and I lived up to my expectations and achieved 10 times more than I even thought was humanly possible, but I don’t have a life to share that with.”

In April, she joined the elite club of the super-rich by achieving billionaire status. Her net worth reached $1bn (£720m) thanks to her cosmetics and clothing interests as well as income from TV, endorsement deals and investments, Forbes business magazine said.

Viewers will next see the family in a two-part Keeping Up With The Kardashians reunion special, which airs in the US later this month. They have also signed a global content deal for new programmes with streaming service Hulu.