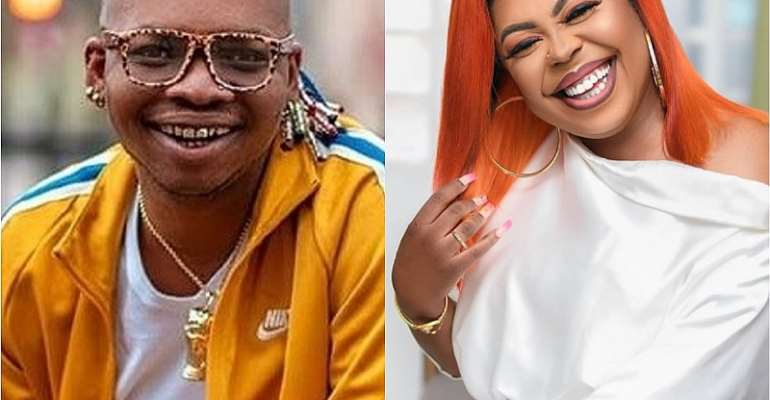 Nana Tornado has chided Afia Schwarzenegger after the self-acclaimed queen of comedy threw subtle shade at him over his recent feud with singer MzBel.

However, the relationship turned sour following an unresolved dispute between the two.

Tornado, after cutting ties with Afia Schwarzenegger, move to become very good friends with MzBel but it appears their friendship has also hit the rocks.

In a recent interview with Zionfelix, Tornado refused to comment about his friendship with MzBel that saw Afia teasing him.

Instead, Tornado slammed Afia Schwarzenegger for being hypocritical.

He alleged that the latter doesn’t like Tracey Boakye but she is cool with her because of money.