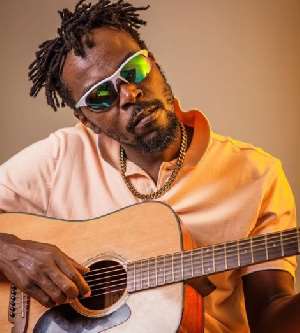 According to him, the masterful event put up by the organizers of the event during the unveiling of nominees recently, was a testament to their commitment to delivering quality.

In an interview with MzGee of TV3 during the unveiling, Kwaw Kese pointed out that he had been overwhelmed by the production put in place by the team.

He revealed that ahead of the event, he was discouraged by many not to attend the launch, however, he was blown away by the turnout.

“I never thought I would meet this massive turnout, I was taken by surprise,” he said.

Also, he added that from all indications, the programme looks good and his confidence in the event has soared.

GMA-USA is designed to celebrate and honour Ghanaian entertainers in and outside the country and project the country’s musical heritage.

This year’s edition is scheduled for August 21, at the Celebrity Theater – Claridge Raddison Hotel inside Atlantic City, New Jersey in the USA will reward music works released between January and December 2020 in more than 34 categories.

The maiden edition of the GMA-USA held in October, last year, saw Sarkodie taking home the Artiste of the Year award and Nana NYC crowned as the US Based Artiste of the year.