‘I should've been closer to my father’ — Quamina MP shows regret 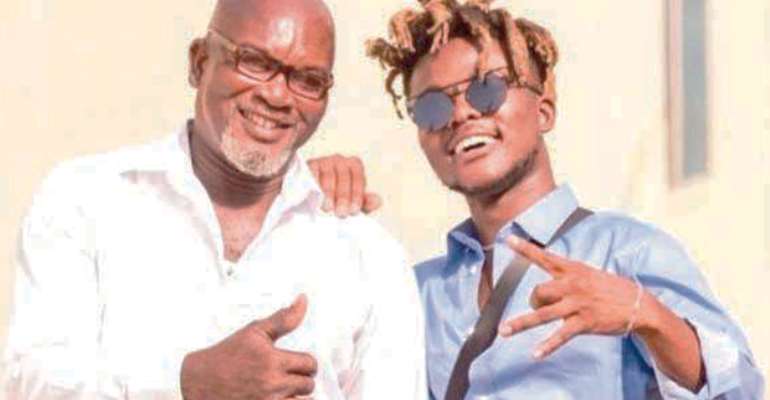 Ghanaian musician, Quamina MP says one of the greatest lessons he learnt after his father's demise is to keep his family close.

Speaking in an interview with Andy Dosty, on 'Daybreak Hitz', the 'Wiase Y3 D3' hitmaker revealed that he and his father were not as close to each other as he wished.

This, he explained, is because his father lived in Mankessim in the Central Region with his wife and other children.

Following his death, Quamina MP said he yearned for an extremely close relationship with the man who meant everything to him.

He stated that he wished he was closer to his father when he was alive.

“One big lesson I learnt was that family should always be close. After everything, I felt like I was supposed to do more and be close to him. The only time I see my father is when I have shows in Takoradi and Cape Coast,” he stated.

Both Quamina MP and his father were involved in an accident on the Accra-Akosombo highway. Although Quamina MP escaped unharmed, his dad passed on a few hours after being admitted to the hospital.

On Saturday, April 24, he and his family laid his father, Mr. Fiifi Buckman Amonoo, to rest at a ceremony held in Mankessim in the Central Region.

After taking a break to mourn his late father, Quamina MP is back with fresh music titled 'Back to Sender' which is currently making waves on all major music platforms in the country.