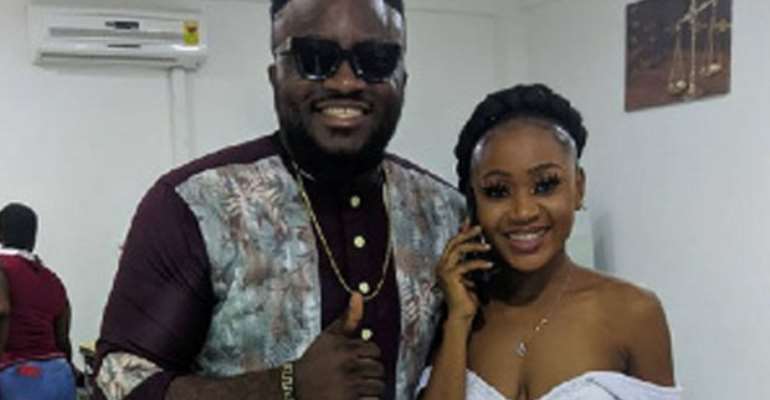 Comedian DKB says he is letting things slide between him and Akuapem Poloo but has warned the actress never to come close to him or talk to him wherever she sees him.

Poloo on Thursday accused the comedian, born Derrick Kobina Bonney, of hoarding a GH¢4,000.00 donation to her by one Maa Alice.

After she was granted bail from jail and thanking Ghanaians for the support, she disclosed in an Instagram video that the above amount was sent to her through DKB but the money never got to her.

DKB, who denied knowledge about the money, filed a defamation complaint with the Ghana Police.

However, other reports captured the said Maa Alice for saying she didn't give any money to DKB, rather indicating Poloo misunderstood their conversation.

On Friday, DKB revealed that he was no longer pursuing the case because of the intervention of some personalities including gospel musician Sonnie Badu and the mother of Poloo.

However, he warned her never to cross path with him in anyway.

“Seems you don't want my help so I back out. I want you to know I don't know you from anywhere. If you see me at a programme pass, I will also pass. Don't try to talk to me. Don't try, else I will file restraining order against you. Stay in your corner, I stay in my corner,” he indicated.

DKB, who described Akuapem Poloo as ungrateful for not appreciating all he did for her, has unfollowed the actress on all social media platforms and has also blocked her on WhatsApp.