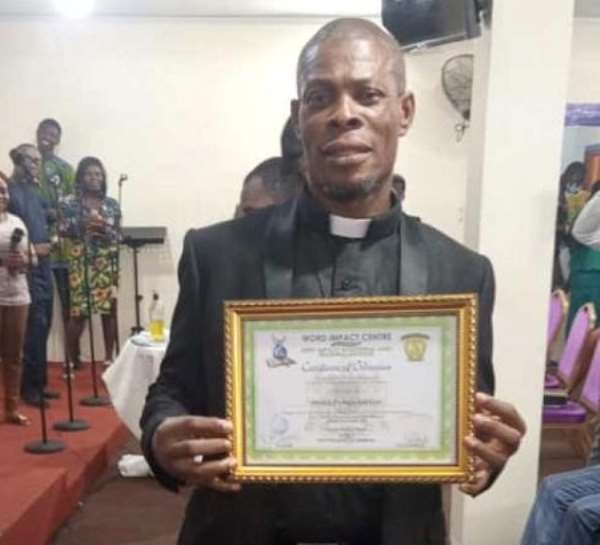 Veteran actor, Prince Yawson, known in showbiz as Waakye says it is not wrong to be God's preacher man and actor at the same time.

According to Waakye, he would not stop his acting career because he had been ordained as a Reverend Minister. He said he would pursue both paths to the advantage of God's work.

“I'm not saying bye bye to acting career. Not at all. Even the film sector is another platform for us to preach the word of God. So we do things to change people's lives except that in this part of the world, we don't place value on people who act. Our values are misplaced,” he said in an interview with NEWS-ONE on Wednesday.

“So if somebody is watching a film, sometimes they only look out for the comedy aspect of it, they don't take the lessons from what they are watching. But in films we preach a lot that if we want to go by it, it changes a lot in us. So I don't think being preacher man will stop me from acting. This is because acting is not a bad thing or job. The Bible also says that the hand that doesn't work shouldn't eat. So I won't say bye bye to acting,” he added.

The 'Obra Drama Group' star, who has over the years put smiles on the faces of many Ghanaians with his comic roles, was on Sunday, April 25, 2021 ordained as a full-time Reverend Minister at the Word Impact Centre in Accra.

Henceforth he will act as a teacher, and may be given opportunities to deliver Sunday sermons and give studies to children and adults on the different teachings of the Bible.

In addition to that, he is expected to make himself as presentable as possible as a role model to the church and set examples on how to live a life centered on the teachings of the Bible. He will also be responsible for doing deeds intended for the accomplishment and growth of the church's views, goals, and principles.

His ordination event on Sunday was attended by a number of guests including his family, friends and colleagues from the movie industry.