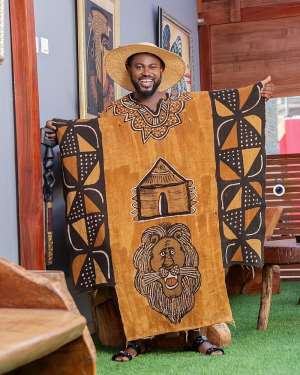 Many have been climbing the same ladder but fall off within a short period of time as a result of lack of creativity, enthusiasm in the job and influence.

Unlike many media personalities who prematurely hang their boots after testing the waters, multiple award-winning media mogul and Entrepreneur, Gilbert Abeiku Aggrey has been consistent for years and still pulls out all the stops to achieve greatness.

Popularly known on radio and TV as Abeiku Santana, he rose to prominence in the early 2000s when he made major radio and TV appearances. His zestful and charismatic nature earned him early career spots on MTN Fusion, Key Soap Concert Party and other popular TV shows back in the day.

As a young media personality, he graced commercials for top brands such as Guinness, Key Soap, Vodafone, just to mention a few.

Many listen to him on the radio, watch him on television and follow him on social media but a few meet him. And those few people can count themselves lucky for getting in touch with this great personality.

Abeiku Santana’s believes in the philosophy and approach that leads to maximum synergy and bottom-line results which connects to likeminded people to create a high resume of what you do.

He is very receptive, pleasant, and interesting to interact with. He has been credited as one of the country’s favourites and best on-air-personality.