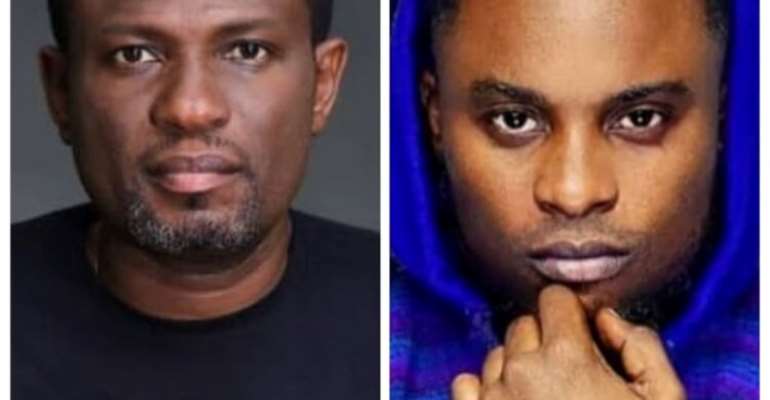 Produced by award-winning sound engineer, Francis Osei, Joseph Matthew’s ‘Not Alone’ song which is currently receiving mammoth airplay on TV and Radio is a mid-tempo with beautiful rhythm and drum beats to match.

It’s actually a contemporary combination that is finely mixed with a metropolitan highlife groove with Afro-beat and rap.

The potential Grammy award-winning song which was released on 19th March, 2021 encourages Christians to be strong in the Lord even when the whole world turns against them:

“Do you feel like nobody loves or cares about you.do you feel alone with nowhere to hide or nowhere to run to. Do you wonder how your next meal is gonna come through?.i know of a man who promised to never leave you nor forsake you…You are not alone”.JM revealed in the Song.

Congratulating Mark Okraku Mantey over his appointment as the deputy Minister-designate for Tourism, Arts and Culture while hosting his showbiz Xtra Show on Saturday, 24th April,2021, Dr Cann who was playing Joseph Matthew’s ’Not Alone’ song advised the former Hitz FM’s programmes manager to take the words in the song seriously.

According to Dr. Cann ,” Sometimes you feel you are alone but you are not alone��Honourable Mark Okraku Mantey, take the words in this song seriously….You are not alone. God is really with you and Dr Ibrahim Mohammed Awal”.

Mark Okraku Mantey’s appointment as deputy Minister-designate for Tourism, Arts and Culture comes after months of rumours and mixed reactions from persons in the industry about his possible selection.

The entertainment business guru, who executively produces Efiewura TV Series and also expert in sound engineering and music production/distribution, is a known supporter of the ruling New Patriotic Party(NPP),who campaigned for the party during the 2020 elections period.

When approved by Parliament, he is expected to work with the sector Minister, Dr. Ibrahim Mohammed Awal to ensure the growth of the entertainment industry.