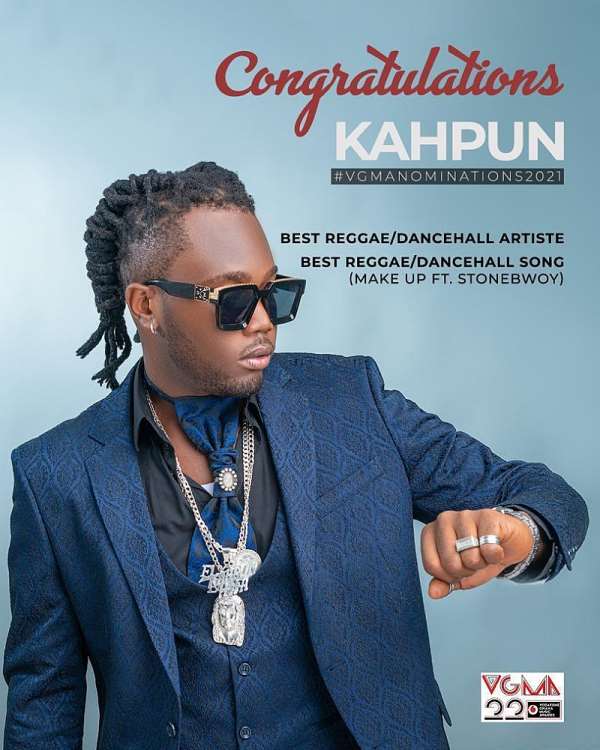 Dancehall and reggae fans have sent massive congratulatory messages to Kahpun on his first two nomination in the prestigious Vodafone Ghana Music Awards.

Even though he has been nominated alongside heavy names like Samini, Epixode, Ras Kuuku, Larruso among others, many fans felt he deserves to win because he has worked hard under the year of review.

Over the years, Kahpun has been described by many popular artiste including Stonebwoy as the next big thing Ghanaians should watch out for.

Known in real life as Samuel Kobena Ampah, he officially released his first EP titled My Story, My Song around the last quarter of the year 2020.

He also featured outstanding musicians like Edo, Freda and Medikal.