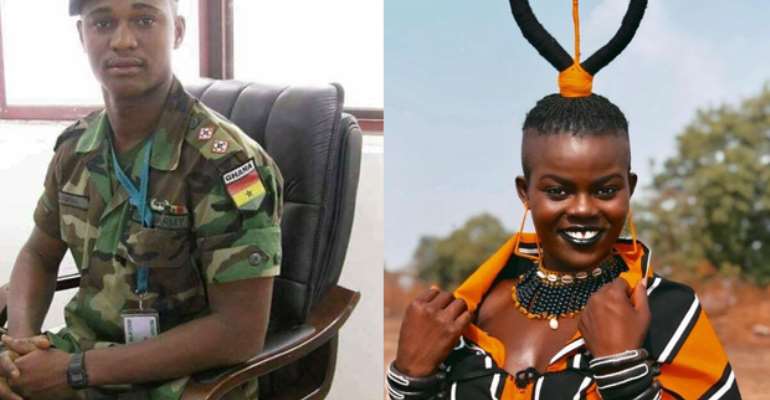 She announced the song over the weekend with a three minutes and twenty-five seconds video, which has been endorsed by many showbiz followers and music fans.

“I wrote this song in loving memory of Captain Maxwell Mahama and all departed souls. Until we meet again,” she stated in an Instagram post.

Earlier media report indicated that the song titled, 'The Captain's Lament', was taken from her internationally acclaimed Sissala Goddess album released in December 2018.

The song in Wiyaala's native Sissala language describes how death is inevitable.

“Death is definite for all. When your time is up you will go. Death is not for certain individuals only. If we joke with death, it will take us. Ready or not we will go. Death won't pity the sick. Death can take anyone,” Wiyaala emphasised in her song.

Captain Maxwell was gruesomely murdered at Denkyira-Obuasi by a mob. The soldier was leading a military detachment in the area when he was lynched by the angry mob, who according to police reports mistook him for an armed robber.

Maxwell was the captain of a 31-member military team allegedly sent to the town over illegal mining activities in the area.

He was on a 20-kilometre walk when he was reportedly mistaken for an armed robber by some women from whom he had stopped to buy some snails. The women who thought he was an armed robber after spotting his official pistol reportedly called the assemblyman for the area to raise alarm.

The assemblyman allegedly organised men in the town to lynch the soldier and later set his body ablaze, burning part of his body. Some fourteen suspects were arrested at the time.